Shannon Bool’s recent practice takes on many forms, including tapestries, silk paintings, collages, sculptures or photograms, all of which gravitate around a central theme: a critique of Modernism through unconventional material processes, combined with her own interpretation of psychoanalytical concepts. By examining the flip side of modernist currents, the artist reveals repressed aesthetic influences in both visual art and architecture.

This exhibition foregrounds Bool’s current research on a series of erotic drawings made by Le Corbusier in Algeria during the 1930s. These coincided with the initial stages of the architect’s urban plan designs aimed at transforming Algiers into a modern imperial capital, thus asserting the French presence in North Africa. With her Bombshells series, Bool detects in the architect’s curved urban designs the direct consequences of his voyeuristic sessions; the sensuality of Moorish bodies, by association and projection, informed his proposals to redesign the city. By literally superimposing the megastructures of the Plan Obus onto the bodies of colonized women posed within Orientalist settings, Bool reveals the violence behind the idea of progress in Le Corbusier’s proposals for the city’s modernisation, and does so through a postcolonial, feminist lens. Named after the image of a projectile flying through space, the Plan Obus was based on the idea of a linear city, but never evolved beyond the planning stages. Among its distinctive features was an elevated highway overlooking the Casbah, a Muslim neighborhood preserved by the architect for tourism purposes, among other things.

The role of architecture in controlling both bodies and behaviour is also at the core of Bool’s approach, which identifies objectifying strategies used in interior design, specifically in the arrangement of niches, alcoves and site lines within domestic spaces. 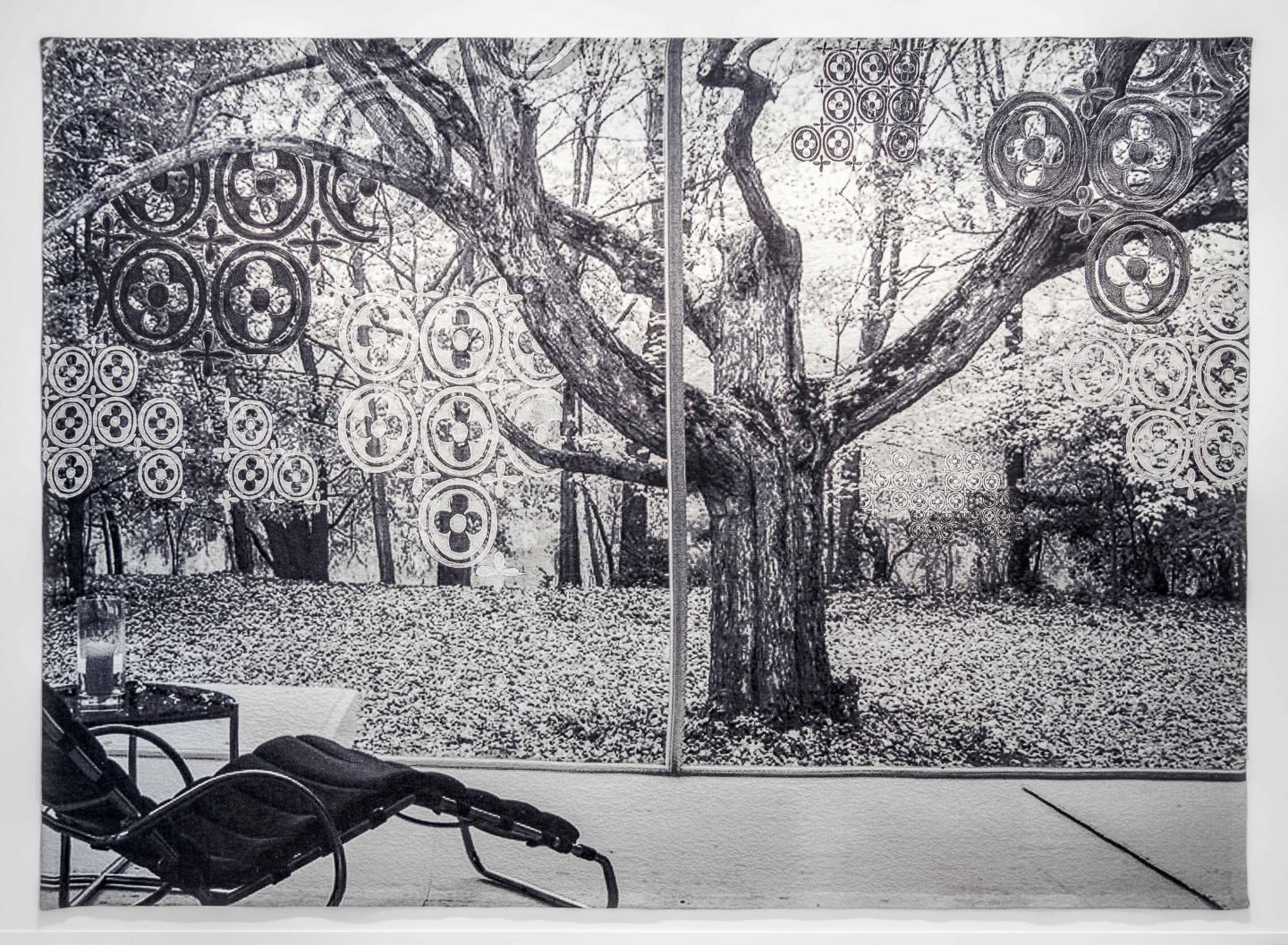 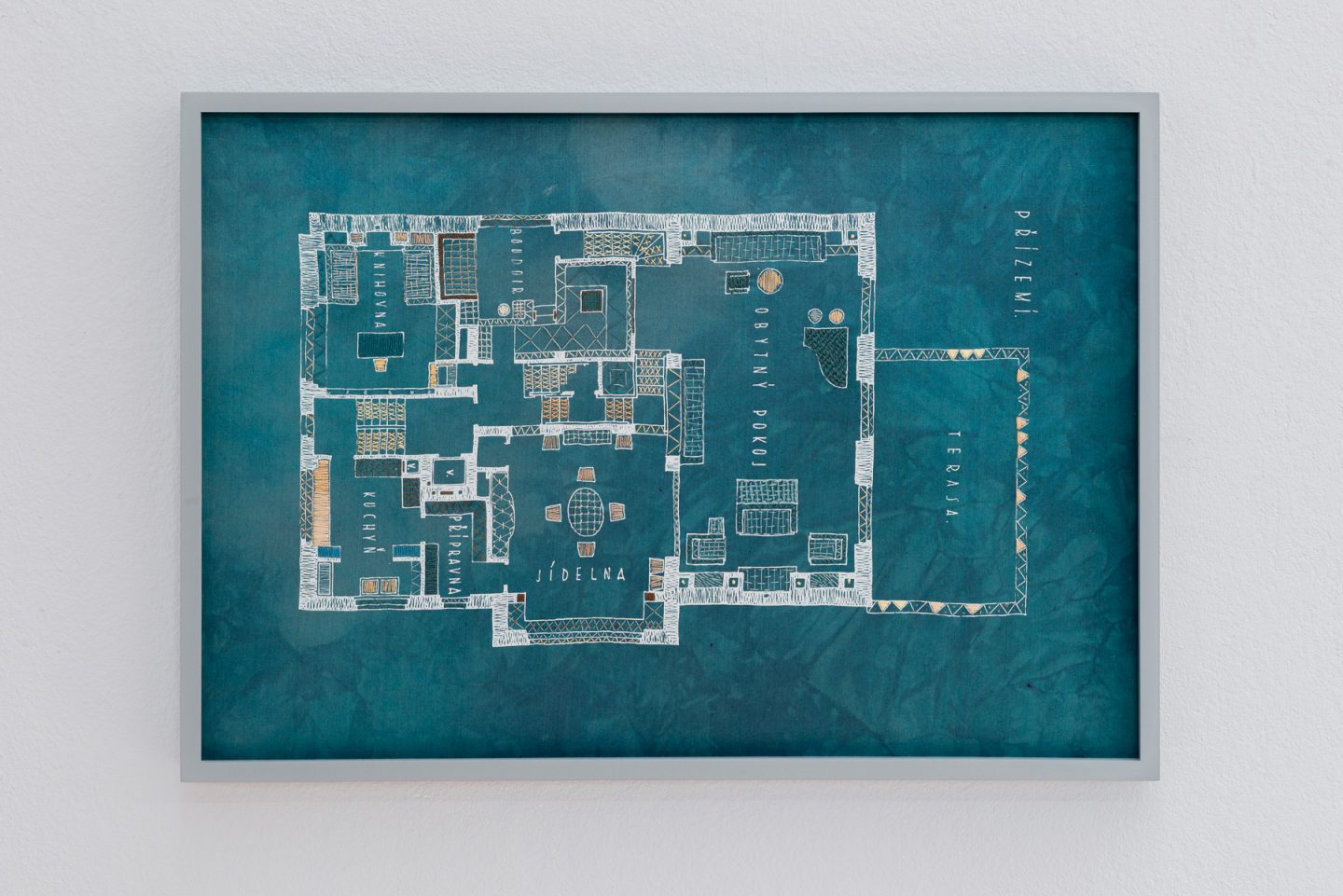 Using a critical approach, the artist explores the history of art and architecture to reflect on the links between traditions, values and modes of representation. Presented alongside the Bombshells photo-collages series, the Oued Ouchaia and Maison locative Ponsik [Ponsik Rental House] tapestries replicate housing project plans designed for Algiers, with the addition of Le Corbusier’s drawings of women romping together. With their silhouettes covered in motifs from Berber carpets, which Le Corbusier was particularly fond of, these women are literally transformed into decorative objects. The tapestry titled Women in their Apartment transforms a view of Le Corbusier’s 1928 bathroom in the Villa Savoye into a fantasy harem filled with silhouettes of nude women with deconstructed, angular forms. Based on Picasso’s series Les Femmes d’Alger [Women from Algiers], painted between 1954 and 1955, these cubist figures, onto which Bool has superimposed Kim Kardashian’s well-rounded posterior, are a variation of this same theme explored by Delacroix in his painting Femmes d’Alger dans leur appartement [Algerian Women in their Apartment] (1834). In this reimagined interior scene, Bool asks: could the fascination held by millions of fans for the American star’s voluptuous form be traced back to a colonial past that has covertly informed our gaze to this day?

Decorative motifs, craft techniques, popular culture, references to bodies and the stimulation of affect are just some of the methods used by the artist to disrupt our interpretation of formalism. By integrating the Other—whether it be the female figure or exotic fetishism—Bool manages to reveal Modernism’s unconscious side. Through her psychoanalytic readings, the themes and spaces she observes become “cases of dissociation” exemplified by the encounter of opposing materials, techniques and concepts, therefore undermining their internal cohesion. The artist’s critical stance reveals the subtexts of images that have held her attention. By thwarting their seductiveness, Bool reveals the density of the messages they convey, even unwittingly. 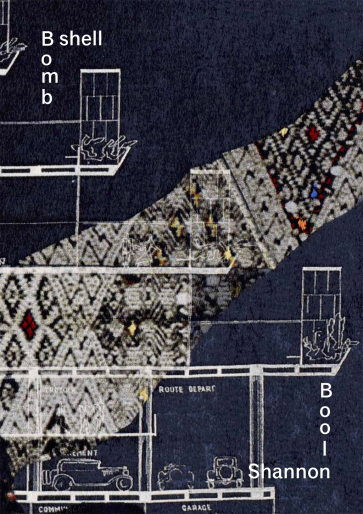 WE'D LOVE TO HEAR FROM YOU! Agnes is conducting a short survey to better understand how its audiences are engaging with the art museum digitally.

Your responses to this survey are completely anonymous and will remain confidential. The survey should take less than 5 minutes to complete.
Cancel Take Survey