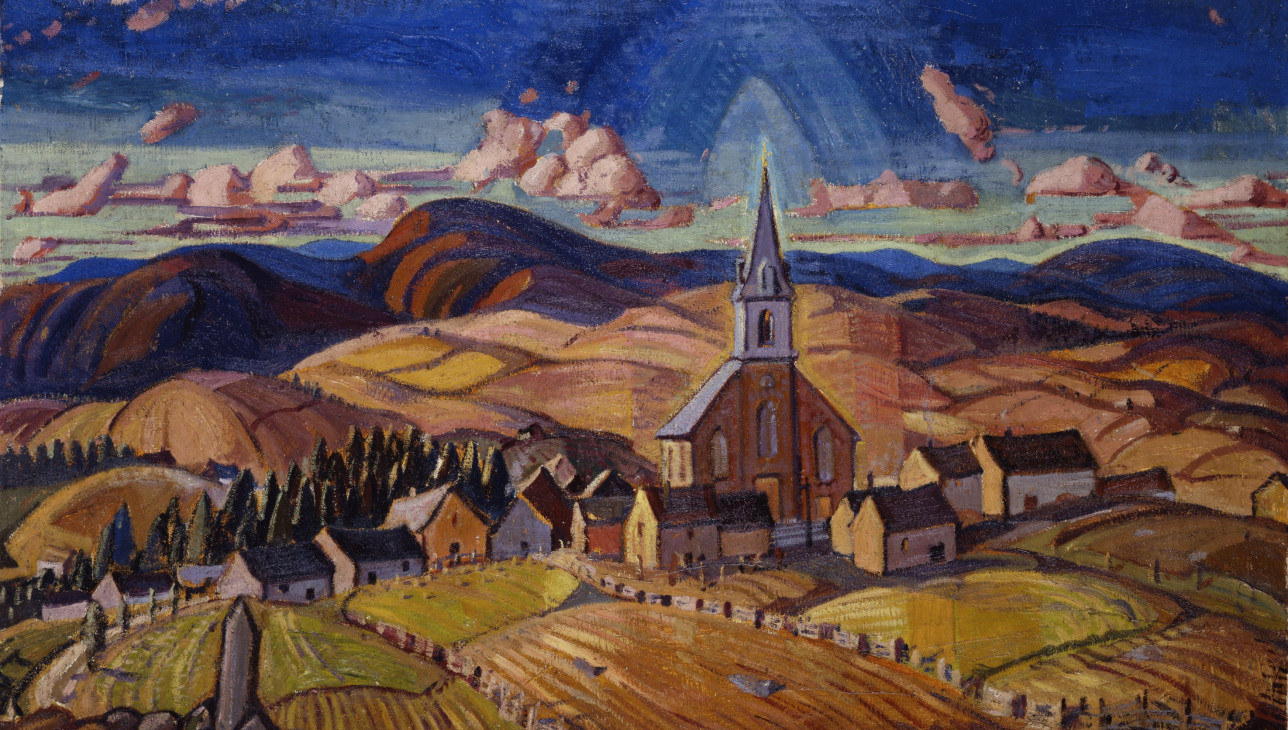 On 7 May, Canada Post is issuing seven stamps to mark the 100th anniversary of the first exhibit by the Group of Seven. The seven Canadian landscape painters—Franklin Carmichael, Lawren S. Harris, A. Y. Jackson, Frank H. Johnston, Arthur Lismer, J. E. H. MacDonald and F. H. Varley—initiated the first major Canadian national art movement. Each stamp features a painting by one of the original members.

“The Agnes Etherington Art Centre’s collection has been highlighted through the choice of Arthur Lismer’s vibrant Quebec Village (Saint-Hilarion) of 1926,” says Alicia Boutilier, Interim Director/Chief Curator/Curator of Canadian Historical Art. “This monumental canvas, almost two metres wide, was donated to Queen’s University in 1949 by Ottawa newspaper publisher Harry Stevenson Southam for the benefit of students and to encourage art philanthropy. It became a cornerstone of the Agnes collection when the art museum was founded the following decade.” Arthur Lismer himself became known as not only a member of the Group of Seven but also a visionary art teacher, who championed “Education through Art.”

Quebec Village was painted from sketches made during an expedition with A. Y. Jackson and ethnologist Marius Barbeau to the region of the lower St. Lawrence River in August 1925. Lismer and Jackson visited several Quebec villages that summer, including the one depicted in this work, Saint-Hilarion. The painting was exhibited for the first time at the Group of Seven exhibition held at the Art Gallery of Toronto in 1926 that coincided with the exhibition “Art in French Canada.” In a letter to H. S. Southam written in 1949, Lismer recalled the “critical ribbing” the painting received on account of the distinctive halo surrounding the church. Lismer claimed it had been misinterpreted by critics as an “aura of sanctity,” when in fact it had been an attempt to capture the effect of the vibration of light in the atmosphere on that particular day. Quebec Village is one of two related canvases; the other resides at the Musée national des beaux-arts du Québec. A sketch from which Quebec Village was painted is in the collection of the National Gallery of Canada, Ottawa.

Other works featured in this issue of stamps include: 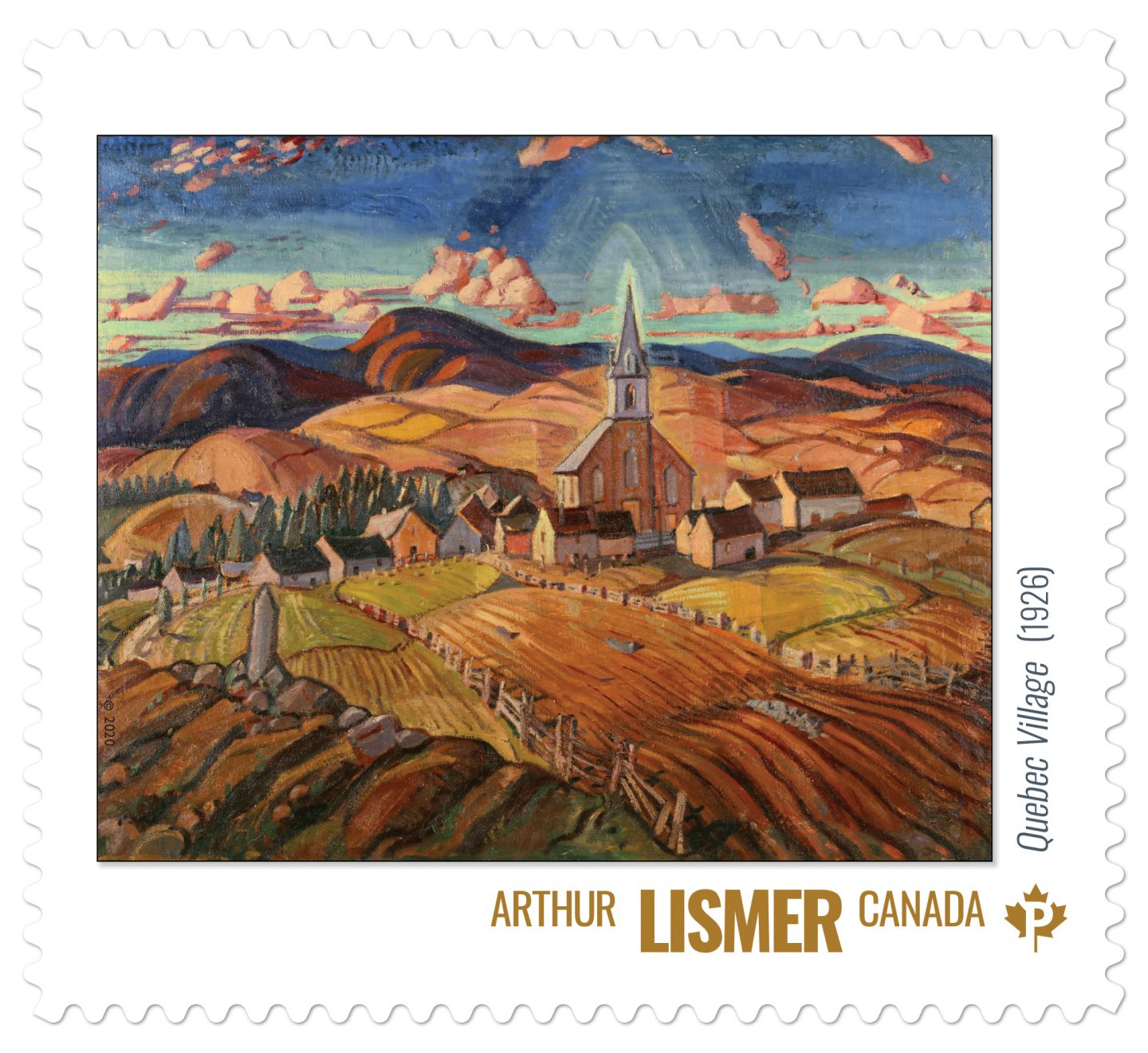