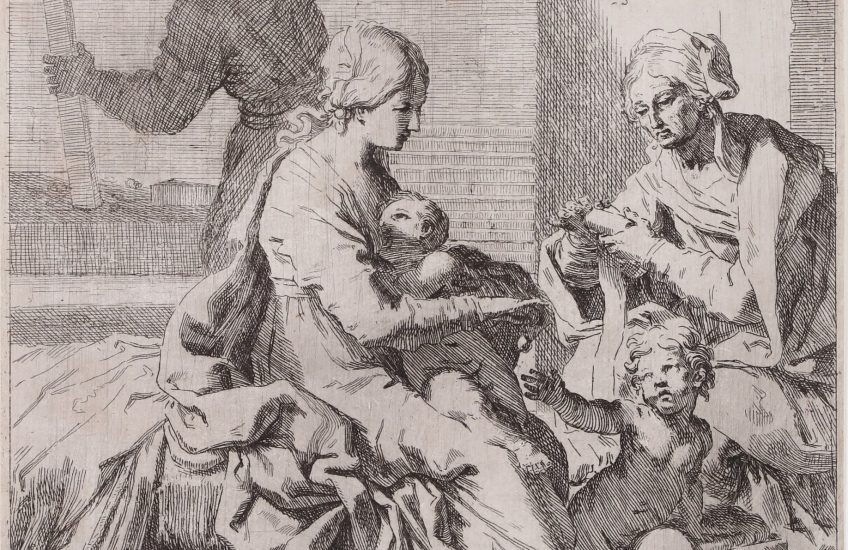 In the fall, Agnes acquired Elisabetta Sirani’s etching The Holy Family with Saints Elizabeth and John the Baptist. “This is the first work by a woman artist made before 1900 to enter the European collection,” says Dr Jacquelyn N. Coutré, Bader Curator/Researcher of European Art. “And as such, it’s a splendid acquisition in the wake of the 2018 Powers of Women exhibition.” This rare etching is one of only ten known compositions that Sirani produced in print.

In her arrangement of the Holy Family, Sirani privileges female kinship and the domestic environment. She presents the Virgin Mary in the earthly act of breastfeeding as she entertains the infant St. John. His mother, in turn, is seated behind him, winding swaddling cloth. Joseph, wielding his axe and a piece of wood, is relegated to the background. The artist interprets the Holy Family in terms of charmingly observed familial contentment.

Elisabetta Sirani (1638–1665) was an exceptional example of a female artist in the early modern era: she was the first woman to specialize in history painting, the most esteemed of genres. She also established an informal art academy that educated a dozen women in the foundations of painting, and was patronized by kings, princes and scholars. Upon her unexpected death at the age of 27, she was mourned with numerous poems, commemorative music and a grand catafalque. 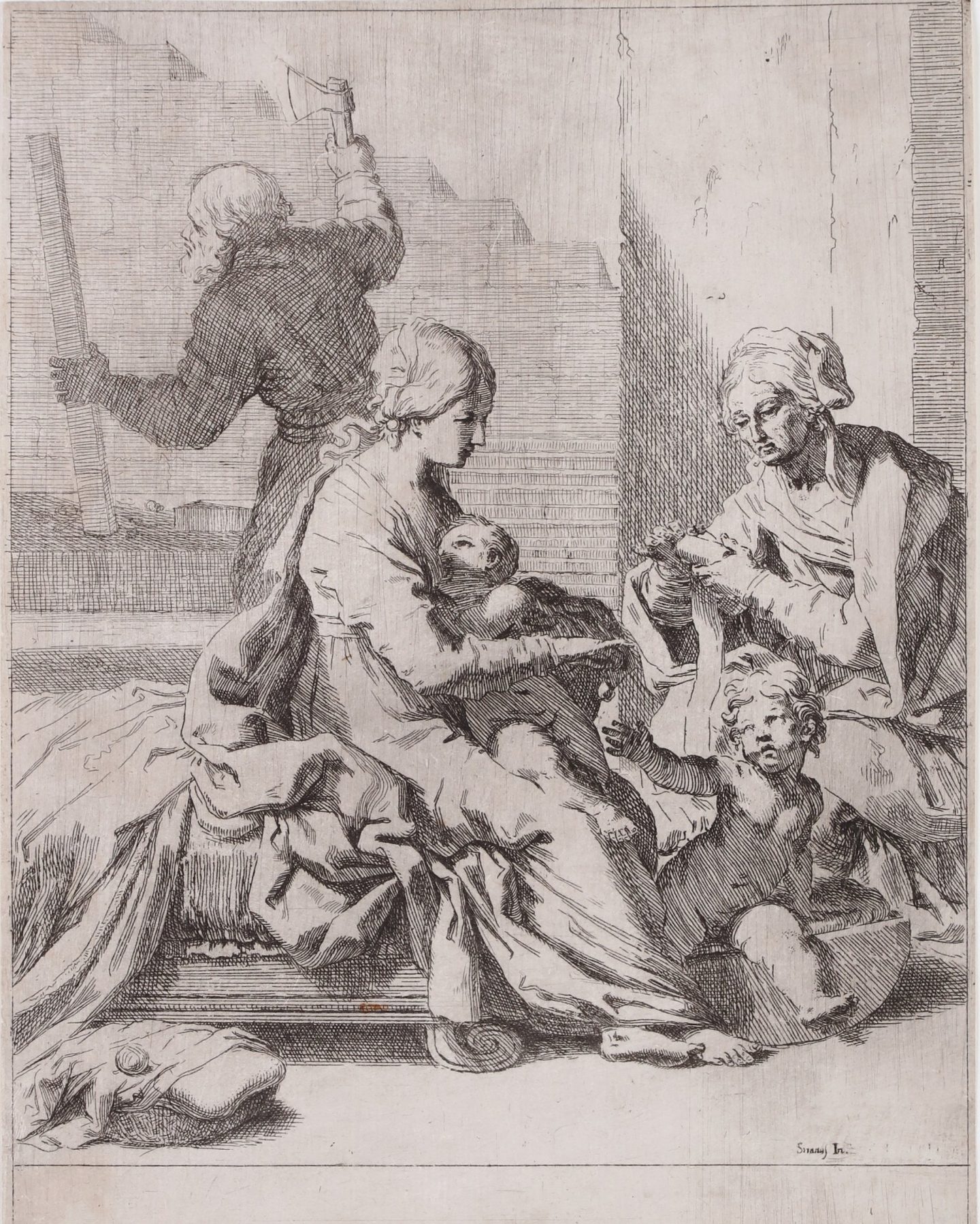