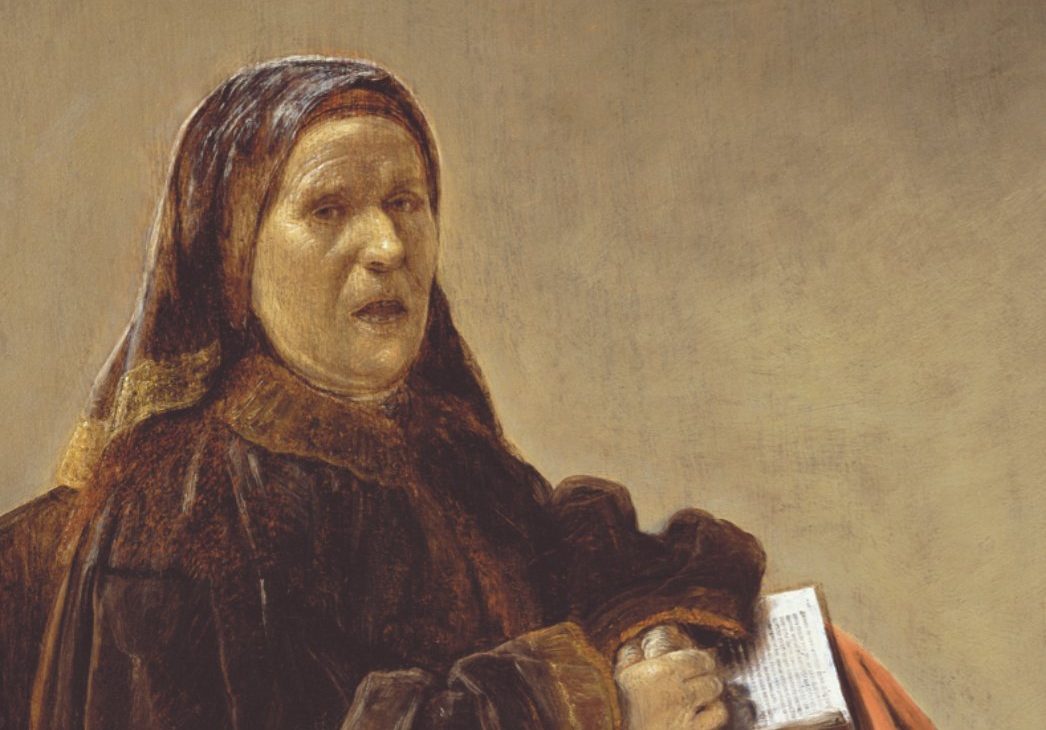 An enigmatic talent, the painter now only known by his monogram IS has yet to be identified. Perhaps influenced by the young Rembrandt, this artist became recognized for his ability to capture the raw reality of his sitters who, rather than examples of opulent wealth, were often men and women of modest means. Their Eastern-European attire proposes that the artist eventually settled in this region. In this painting, the sparse background lends monumental presence to a carefully described elderly woman, who briefly looks up to us from a songbook propped up on her lap. “The stark way she is framed evokes a profound sense of isolation—an experience all too resonant in the present moment—yet steadily draws us into the woman’s world,” says Suzanne van de Meerendonk, Bader Curator of European Art. “Are we in a private space, interrupting a devotional exercise designed to be solitary? Her mouth is still opened while she acknowledges this unexpected audience, and her song always continues.”

An Old Woman Singing is included in the exhibition Studies in Solitude: The Art of Depicting Seclusion.