Hero image: Joan Scaglione, Face of the Deep, 2015, installation with wood and paper 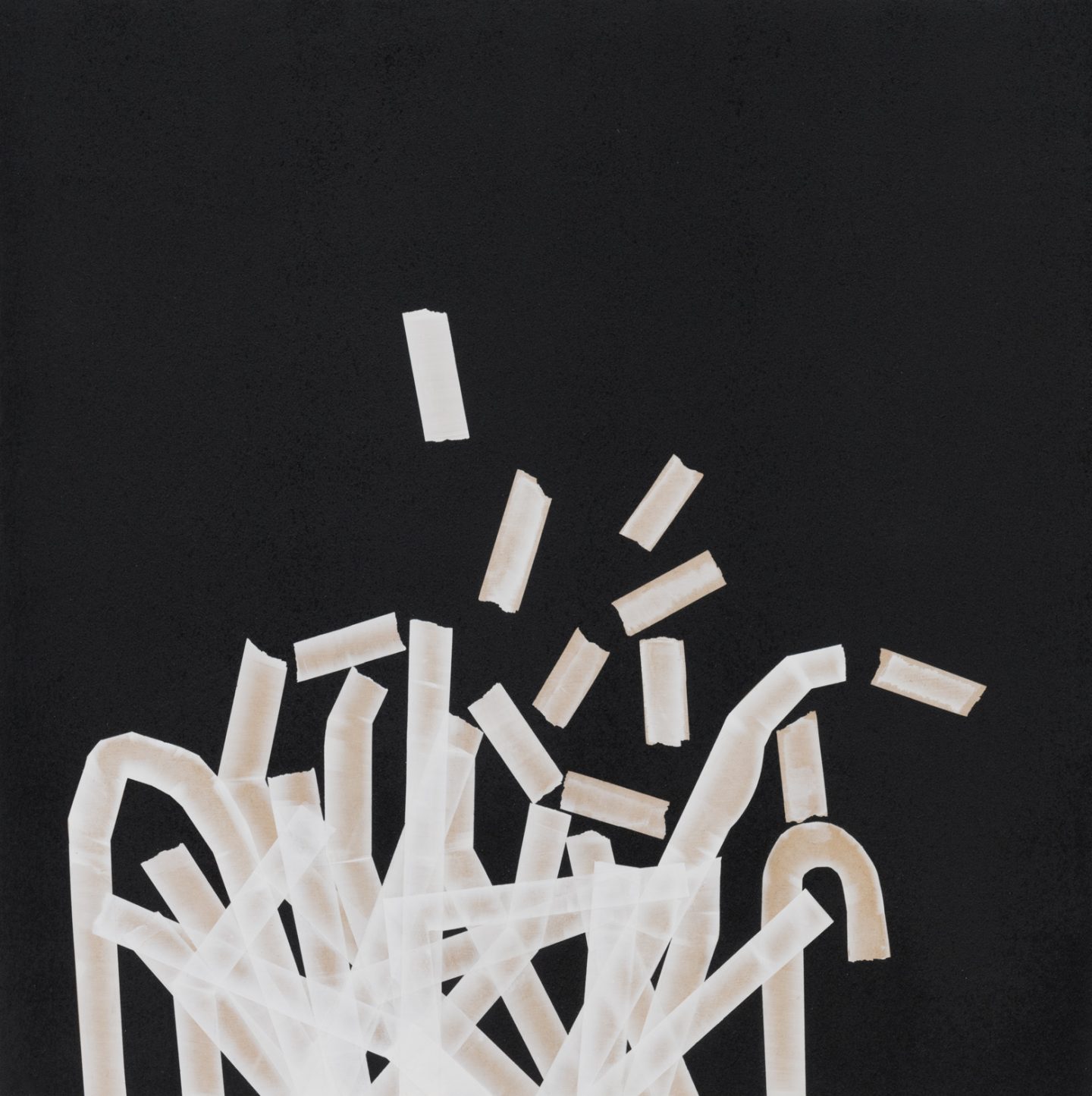 Pat McDermott, The properties of language, 2016, acrylic on MDF board. Collection of the artist

Chaka Chikodzi is a Kingston-based stone sculptor originally from Zimbabwe. He learned the stone sculpting tradition at the age of thirteen under the tutelage of an older brother. Chaka describes his art practice as “a survival technique and a form of translation,” citing black experience as central to his expression. His current sculpting project explores the nexus between geological time and human memory that facilitates his conversation with the materiality of the stone. By thinking about the stone as a kind of supernatural material that transports him to future historical moments, Chaka examines the current politics of display in cultures of reception of Zimbabwean stone sculpture. Chaka recently completed an international residency at the National Gallery of Zimbabwe in Bulawayo, where he explored indigenous concepts of time and space in a globalized, postcolonial world. He returns in spring from a residency at a bronze foundry in Cape Town, South Africa.

Ben Darrah is a visual artist whose work focuses on the poetic nature of colour, form and texture and, sometimes, orphaned cultural references. Darrah was born in London, England and immigrated to Canada with his family in 1968. He grew up in Edmonton, Alberta and graduated with a BFA from the University of Alberta in 1987 and received his Masters of Fine Art at the University of Windsor in 1995. Darrah has worked as an art dealer, freelance writer and taught art at both Queen’s University and St. Lawrence College. He currently is a part-time elementary teacher with the Limestone District School Board and lives and maintains a studio in Kingston, Ontario.

Pat McDermott was born in Belleville, Ontario. He attended both Queen’s and York University, where he received his BFA. McDermott lived in Toronto from 1988 to 1998 and it was there that he began his painting career. He currently lives and works in Kingston, Ontario. McDermott is interested in the space between the real and the unreal: describing objects with quiet care, whose origin and species are not clear.

Joan Scaglione holds a BFA from Syracuse University and an MFA from the University of Regina, with a focus on sculpture installation and site-specific work. Creative group projects in Saskatchewan included taking over an abandoned wing of a mental health asylum with artists, musicians, and performers to interpret the dark secrets of the fourth largest asylum in North America of the 1950’s. Scaglione was an artist in residence for The Natural and the Manufactured in Dawson City, Yukon, and her solo exhibitions include the Mackenzie Art Gallery and the Dunlop Gallery in Regina.

Su Sheedy was born and raised in Toronto, Ontario, Canada and has lived in Kingston, Ontario since 1992. She began painting full time in 2001 and since then has marshalled her fascination with surface effects into a substantial art practice. Unsurprisingly, given the tactility of her work, she cites the art of Paterson Ewen and Cy Twombly. Narrative markings result from pouring, routering, or persistent scraping gestures. Often relying upon the grid as her structure, a profusion of repeated forms, strokes and textures result in what could be described as ‘tactile expressionism.’ After twenty years a Registered Massage Therapist, Sheedy remains interested in cellular memory, sensory perception, and our visceral response to texture. Her work resides in a number of collections including the Visual Art Collection of Foreign Affairs and International trade Canada. She has taught workshops and given lectures in her mediums and is represented in Toronto, Ottawa and Kingston.

Sharon Thompson was born and raised near Peterborough Ontario. A Kingston-based artist, her work has been exhibited extensively in group and solo shows in Canada and the USA. She has received Ontario Arts Council grants, and awards including the Society of Canadian Artists Award, 2003, the Nan Yeomans Legacy Award, 2010, the De Serres Award, 2012. She has attended residencies both in Canada and the USA and was the recipient of a half scholarship award from the Vermont Studio Center, USA. Her work is represented in public collections including: the permanent collection of the Agnes Etherington Art Centre (Kingston), IBM (Toronto), the Ontario Municpal Employees Collection (Toronto), CN Railways (Montreal) and the Mount Sinai Hospital Collection (Toronto). Her work is in private collections in Canada, USA, UK, Germany, and New Zealand.