“Once I didn’t make the mistake of not being an artist, all other choices were irrelevant.”

For more than five decades, the work of Irish-Canadian-American artist Les Levine has taken shape across a wide range of techniques, media and approaches. Born in Dublin—the son of a Catholic mother and Jewish father—Levine immigrated to Toronto in 1957, where he enjoyed his first acclaim as an artist through solo exhibitions at the David Mirvish Gallery, Hart House, the Isaacs Gallery and the Art Gallery of Ontario. On his move to New York City in 1964, Levine’s practice quickly proliferated; he would go on to become one of the most exhibited artists of his generation.

Transmedia brings together a selection of Levine’s key works from the mid-1960s to the early 1970s, a time when he was closely connected to the Toronto art scene. Working across, beyond and through media, Levine would become known for developing new approaches to artmaking, establishing new categories such as “camera art,” “disposable art,” “media sculpture,” “software art,” “body control systems,” and what he would term “Mott art.” Constantly expanding the parameters of what could be understood as art, Levine’s artworks addressed the conditions and experiences of a rapidly changing media landscape in ways that proved uniquely prescient of contemporary concerns and sensibilities.

Les Levine: Transmedia is organized and circulated by Oakville Galleries and curated by Sarah Robayo Sheridan. The project is funded in part by the Government of Canada.

Slipcover: A Place at the Art Gallery of Ontario,1966. Collection of the Museum of Mott Art, Inc. © Les Levine 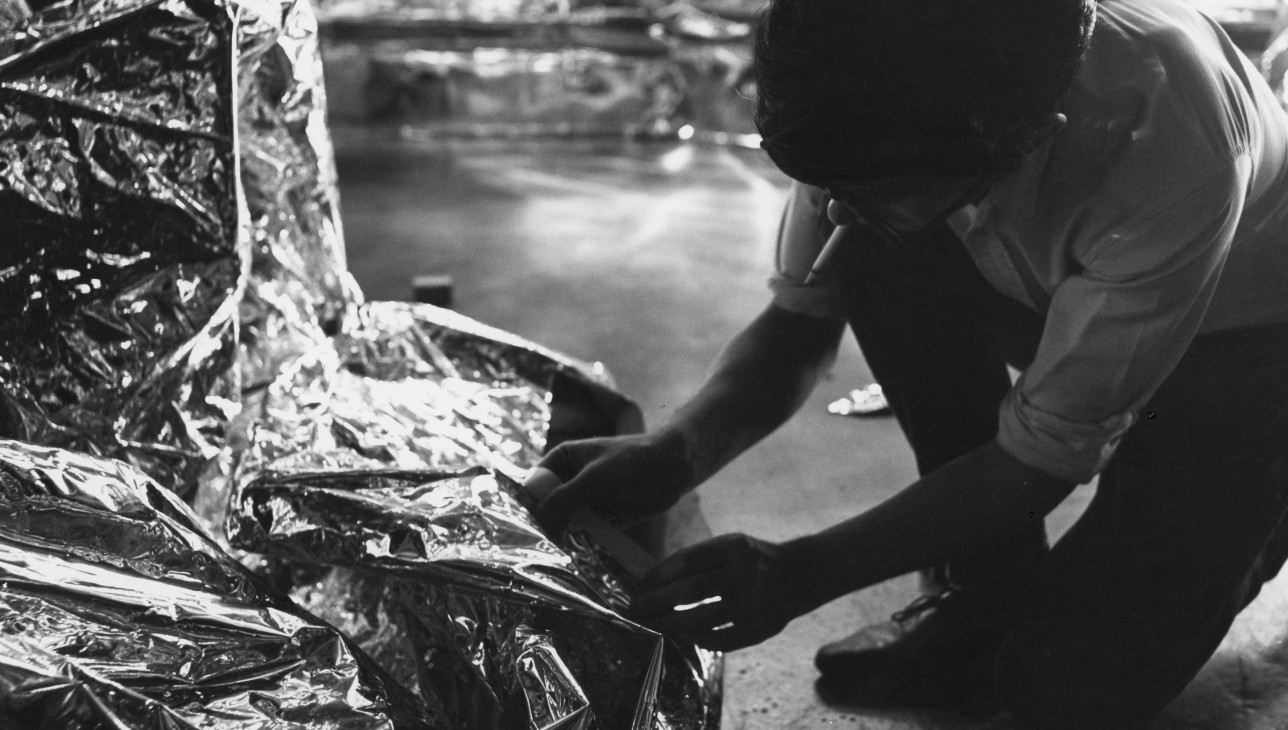 Les Levine with Slipcover at the Walker Art Center, 1967. Collection of the Museum of Mott Art, Inc. © Les Levine

Environment III: Slipcover at the Architectural League of New York, 1967. Collection of the Museum of Mott Art, Inc. © Les Levine