Rome, the Eternal City, maintained a prominent place in the imaginations of artists throughout the late medieval and early modern periods. The site of a formidable historical empire, the seat of the papacy, a cosmopolitan milieu for fashionable Italians, Rome attracted ambitious artists from across the continent. The confluence of its ancient and modern artistic traditions inspired new inventions, fueled a lively art scene and generated masterpieces that would shape the arc of artistic production across Europe.

This exhibition reveals the place this city occupied in the mind of seventeenth-century artists. From prints after famous relics of antiquity to paintings reflecting the most revolutionary artistic developments of the period, this show probes the city’s layered appeal and invokes the pioneering manners of Adam Elsheimer, Nicolas Poussin, Michelangelo da Caravaggio and Annibale Carracci. It sheds light on the artistic attractions that prompted painter and theorist Karel van Mander to refer to Rome as “the capital of painting.”

Rome, Capital of Painting features a significant loan from a private collection: The Holy Family with Saint Anne, attributed to Giacinto Gimignani and dating to around 1640, embodies the monumentality of works by Renaissance masters like Michelangelo di Buonarotti and Raphael Sanzio. Yet here, the physical magnitude of the figures is balanced by a serene familial intimacy: the Christ Child reaches toward his grandmother Anne from the safety of his mother’s embrace, and the Virgin looks down tenderly at her son. Gimignani, active in Rome in the 1630s and 1640s, certainly knew of Poussin’s grand depictions of the Holy Family. The Italian artist moves beyond his model, however, in the subtlety of his gestures in order to interpret the divine in a truly human manner. 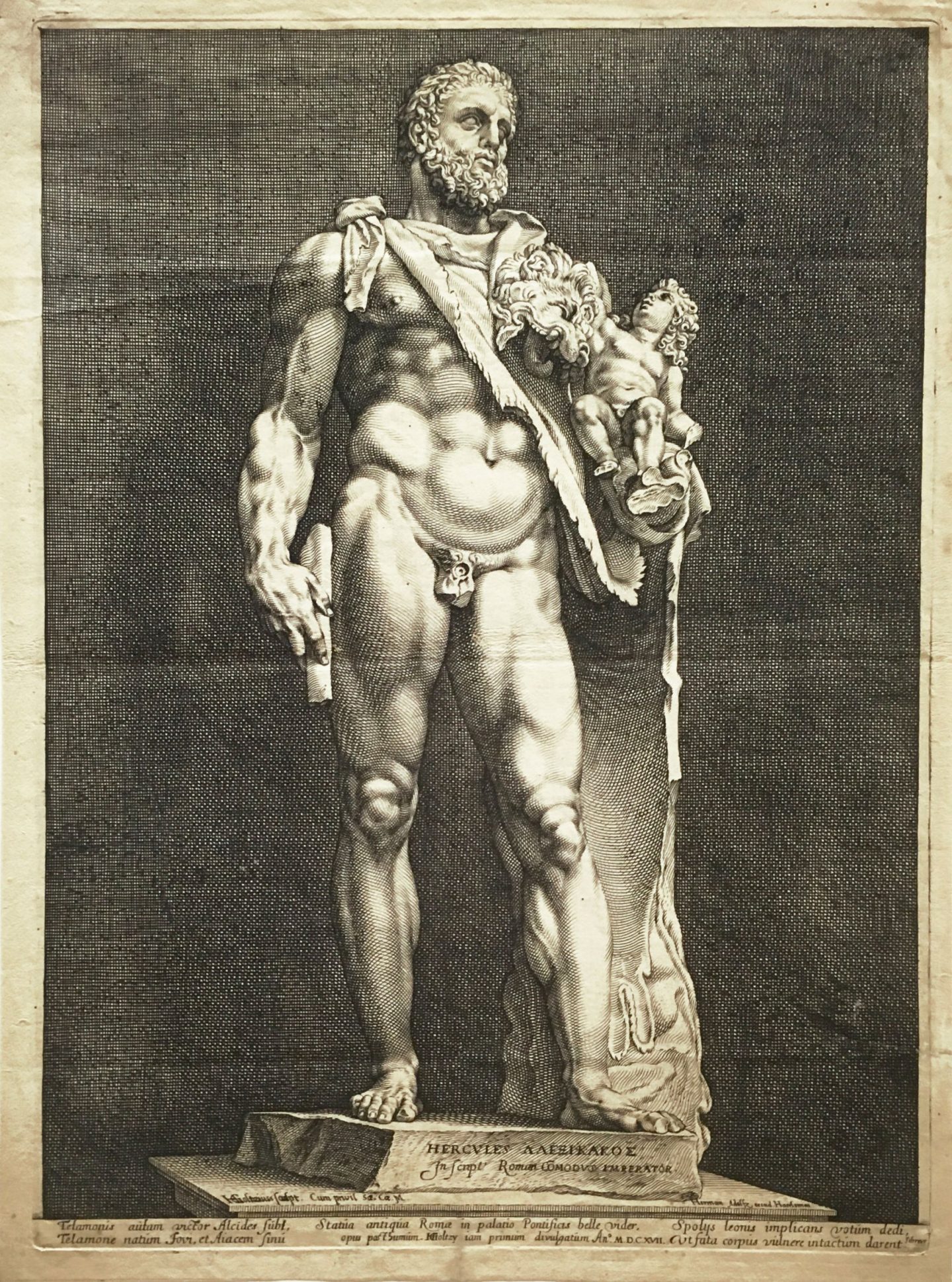 Hendrik Goltzius, The Emperor Commodus as Hercules, from Three Famous Antique Statues at Rome (also known as Hercules and Telephos), around 1592, engraving on paper. Gift of Jan Johnson, 2004 (47-010)