During the late eighteenth and early nineteenth centuries, many artists in Canada were influenced by the British landscape watercolour tradition. Pictorial convention, as espoused by the Royal Academy in London, dictated formulaic compositions and landscape artists were expected to paint within a pre-established framework. Around the 1830s, a shift occurred. Following the teachings of influential art critic John Ruskin, artists increasingly left the studio to paint directly from nature, moving away from idealization towards naturalism, which allowed for greater artistic agency.

In Canada during this time, many artists were born and had received training in England. However, the Canadian landscapes that confronted them were often different from the rural countryside of Britain. The Park and the Forest which derives its name from a drawing manual by British watercolourist J. D. Harding, features works from the Agnes collection by F. M. Bell-Smith, Daniel Fowler, John A. Fraser, George Heriot, C. J. Way and George Harlow White. Their landscapes highlight the transformations and continuities of artistic style that occurred during this period and reveal the connections between British and Canadian artistic practice.

This exhibition was curated by Marla Dobson under the supervision of Alicia Boutilier as part of a practicum course in the graduate program of the Department of Art History and Art Conservation at Queen’s University. 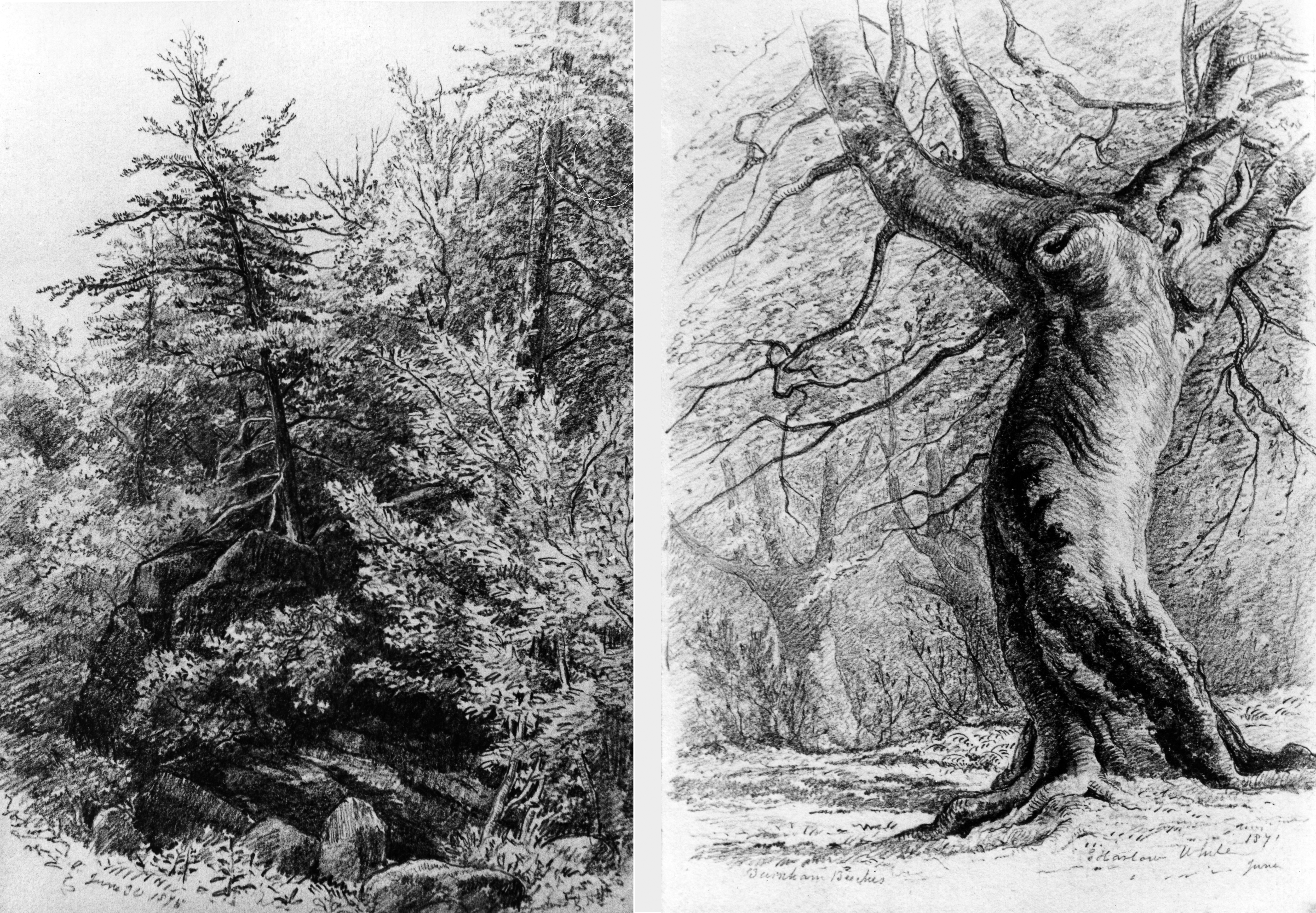