Monday 24 January
-9°C and Overcast Clouds
Agnes is currently closed and will reopen on 8 February 2022.

Nicolaes Maes followed in the footsteps of Ferdinand Bol in leaving his native city, the provincial centre of Dordrecht, to study under Rembrandt in bustling Amsterdam. He was undoubtedly encouraged by his teacher Samuel van Hoogstraten, who had studied there in the previous decade. For this powerful scene of the patriarch Abraham preparing to sacrifice his son Isaac by divine command, Maes assiduously followed Rembrandt’s pedagogical recipe of developing compositions and poses in loose and finished sketches, of which five are known. 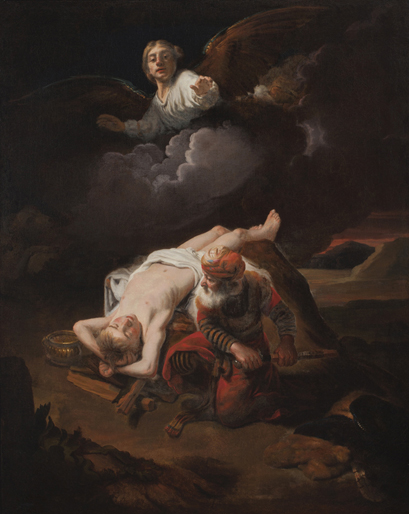