Of humble origins, John Martin had little formal training, but nonetheless won a considerable popular following with several apocalyptic set pieces such as Belshazzar’s Feast of 1820. Today, these images have an eerily cinematic character, their panoramic effects enhanced by exaggerated perspectives and overscaled architectural settings. Inspired primarily by the Old Testament, Martin’s paintings appealed to a British public thirsty for the epic, the melodramatic and the sublime. On the strength of this success, Martin was able to make his living from production of reproductive and original mezzotints, a medium particularly suited to interpreting the tonal qualities and dark palettes of his paintings. Between 1827 and 1840, he collaborated with the book publisher Septimus Prowett to create 24 mezzotint illustrations for the publication of two editions of Milton’s Paradise Lost. In 1831-1835, Martin undertook an ambitious series of mezzotint illustrations for the Bible. Issued serially, two illustrations at a time, the venture was a financial failure, and was never completed. 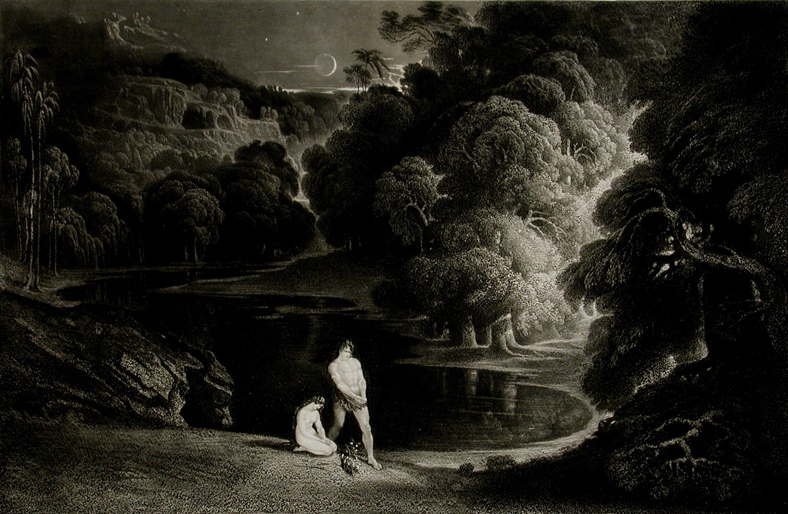