When Kathleen Margaret (K. M.) Graham stepped off the plane at Cape Dorset (also known as Kinngait) for the first time in 1971, she was struck by the “strange haunting pink” of low-lying Arctic willow growing alongside the runway, as well as the surrounding mountain contours and rock striations. She poured these impressions into Arctic I: Sovereignty in Pink—one of the most important paintings of her career—using the Colour Field Painting technique of staining canvas with pigment. Hovering between landscape and abstraction, Sovereignty in Pink challenges traditional perceptions of the North as a land of ice and snow. The title for her painting, Sovereignty in Pink, also raises issues of territorial claims in the North. Arctic sovereignty was not a new concern in 1971, but there was certainly heightened interest due to a single recent event. The voyage of the American tanker Manhattan through the Northwest Passage resulted in swift government action to reinforce Canadian authority over Arctic waters through policy and patrol. Graham returned to the Arctic several times, where she continued to explore her interest in rhythmic line and glowing colour inspired by the environment. She also worked alongside other Cape Dorset artists, particularly Lucy Qinnuayuak, who developed her own impressions of her homeland drawn from family history. 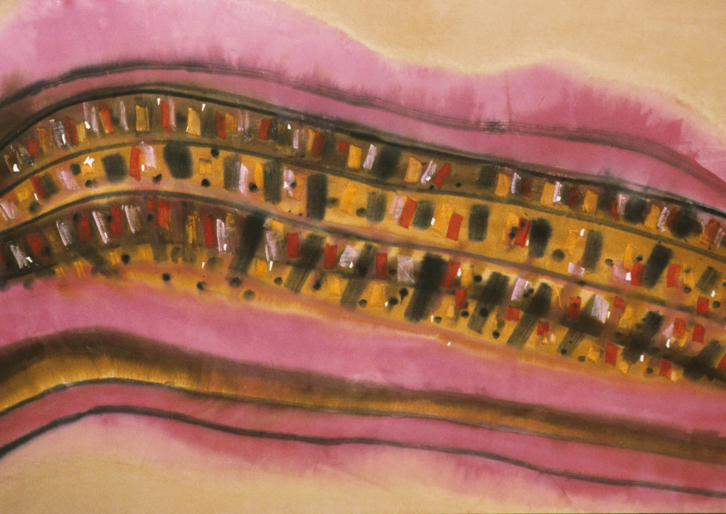