William Brymner was born in Greenock, Scotland and settled in Canada with his family in 1857. He studied art at the Académie Julian from 1878-1880, where he was taught by William Bouguereau and Tony Robert-Fleury. Brymner returned to Canada in 1881 and for most of his career was dependent on teaching to earn a living. He continued to travel to Europe when possible, however, to develop his own painting. Border of the Forest at Fontainebleau was painted during a trip to France in 1885. A proponent of painting from nature, Brymner worked on much of this piece outdoors in poor weather. Ultimately he completed it in the studio where he added the figures. Although he resisted teaching, William Brymner was highly successful at it and could count among his pupils some of the most significant Canadian artists of the early twentieth century, including Clarence Gagnon, A.Y. Jackson, and the members of the Beaver Hall Group. 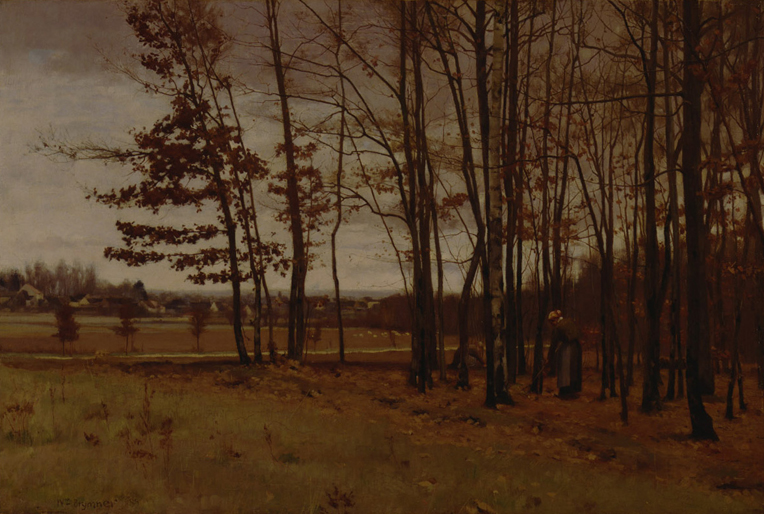