Thursday 17 June
22°C and Scattered Clouds
Agnes will remain closed in compliance with the province-wide lockdown to curb the spread of COVID-19. All online programming will continue as planned.

Asante combs (duafe) display their creators¿ ability to invest utilitarian objects with whimsy and inventiveness. The elaborately designed combs shown here would have been used by women, who favour elaborate hairdos, as shown in the carved head on the far right. Traditionally, such combs were worn in the coiffure, but that practice has declined.Numerous motifs appear frequently in comb decoration, whose typical arrangement is a carved top register and incised middle area, above plain teeth. The example on the far left features a carved stool at the top, and an incised one below. Stools are prestige items for the Asante. Two combs (second from left, centre) show figures wearing crosses, an indication of Christian influence that often co-exists with indigenous motifs in Asante art. The comb shown second from right displays a heart motif, a popular design element borrowed from the West, which gains the added meaning of patience, endurance and honesty in the Asante context. Several of the figures display the same abstracted ideal of female beauty seen on akua ma, also in the Lang collection (M84-266, M84-284). A husband may give his wife a comb on the birth of a child, a tribute in keeping with the fertility-related role of akua ma. 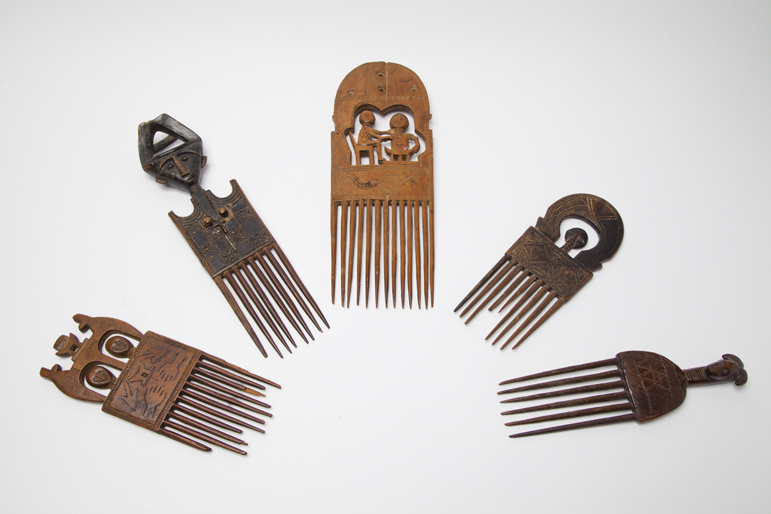 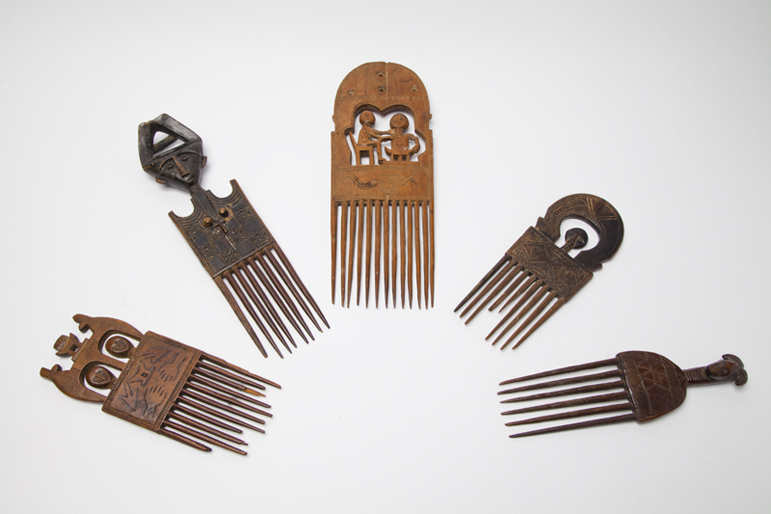