Thursday 17 June
23°C and Clear Sky
Agnes will remain closed in compliance with the province-wide lockdown to curb the spread of COVID-19. All online programming will continue as planned.

Bilumbu is one type of divination undertaken in Luba communities. Diviners, who can be male or female, enter a trance in which they are possessed by their consulting spirit. Once in this state, they position themselves across from their client and shake an mboko: a gourd filled with a variety of objects that may include small metal tools, cowrie shells, seeds, twigs, and human figures carved from wood. The diviner opens the lid of the mboko to assess the resulting juxtapositions of objects and outlines a theory about the nature of the client¿s difficulty. This process is repeated continuously until he or she formulates a clear and cogent diagnosis. This gourd is the mature fruit of the calabash tree, which when dried is serviceable as a bottle, container or even a musical instrument. Among the metal pieces decorating the rim of the Lang mboko are flat ones bearing dates, such as 1938; this implies that they are modern items incorporated into the tools of a traditional practice. Although this mboko is shown with some contents outside it, in practice those objects were only seen by the diviner while looking inside the gourd. 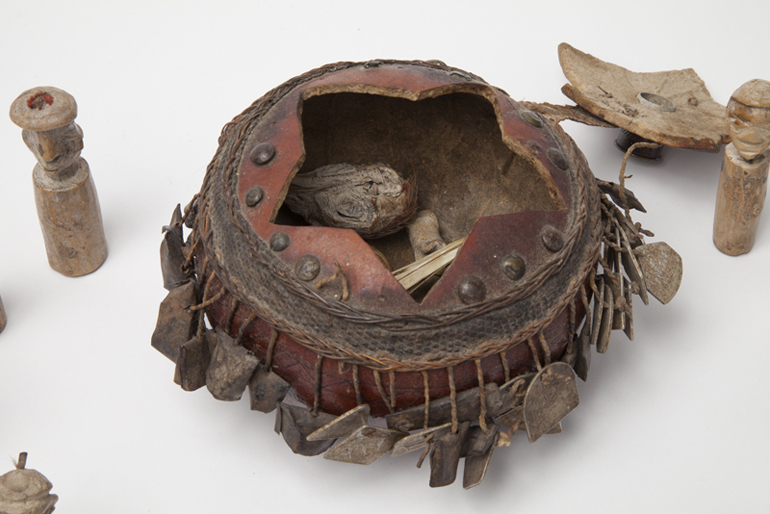 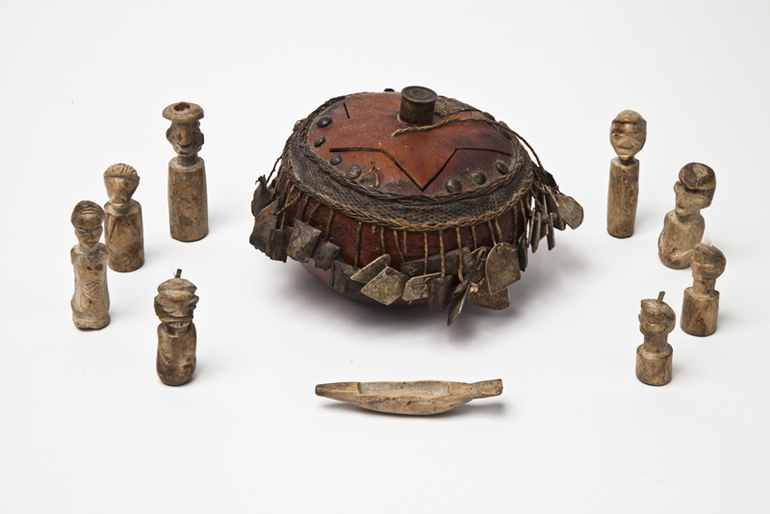