Thursday 27 January
-3°C and Overcast Clouds
Agnes is currently closed and will reopen on 8 February 2022.

“I made this photograph of Felix a few hours after his death. He is arranged to receive visitors, and his favourite objects are gathered about him: his television remote control, his tape-recorder, and his cigarettes. Felix suffered from extreme wasting, and at the time of his death his eyes could not be closed: there was not enough flesh left on the bone.Felix and Jorge and I lived and worked together from 1969 until 1994. This communal life ended when Jorge died of AIDS on February 3, 1994. Felix followed shortly after, on June 5, 1994.”Thus begins AA Bronson’s moving statement, which accompanied the presentation of the painting in the Biennial of Montreal (2000). In reestablishing his individual artistic practice following the loss of his partners in the renowned art collective General Idea, AA Bronson produced this monumental digital painting based on a snap shot of Felix Partz. A powerful and compassionate contemporary version of the death portrait, the aesthetic impact of the piece arises not only from the unflinching confrontation with the subject and near overwhelming scale, but from the tension between the decorative swirl of patterned fabrics – symbols of pleasure and life force – and the tragically wasted figure of Felix. 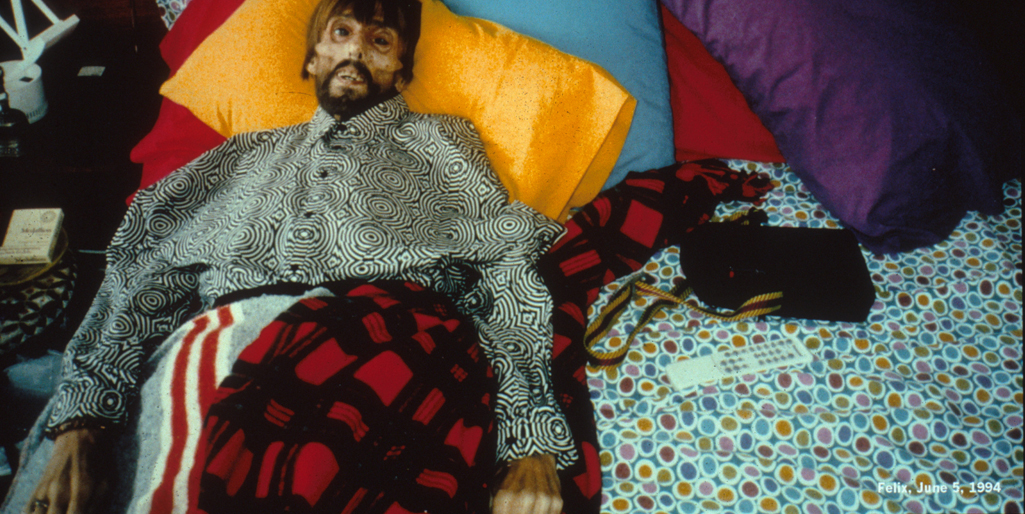