Using a zoomorphic friction oracle (itombwa), Kuba diviners can interpret the desires of erratic but knowledgeable nature spirits (ngesh) who are believed to actively intervene in the lives of humans. The process involves moistening an oracle with oil or water and a rubbing a wooden disk across its back. While moving the disk to and fro, a diviner calls out questions about the issue at hand, which is often related to illness or thievery. When strong resistance to the motion is felt, it is interpreted as an affirmative response.

This itombwa takes the form of a crocodile. Creatures associated with water are thought to be particularly strong messengers for the invisible ngesh, many of whom are believed to reside in swampy or marshy areas. 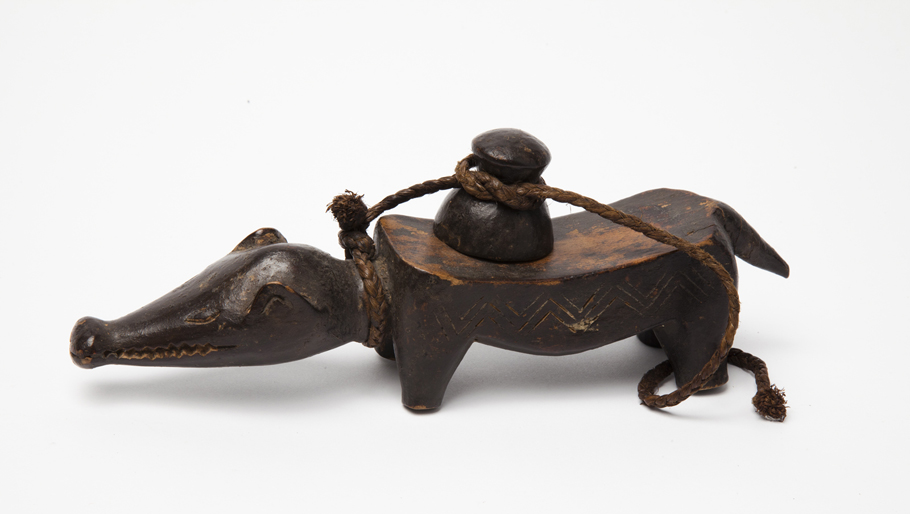 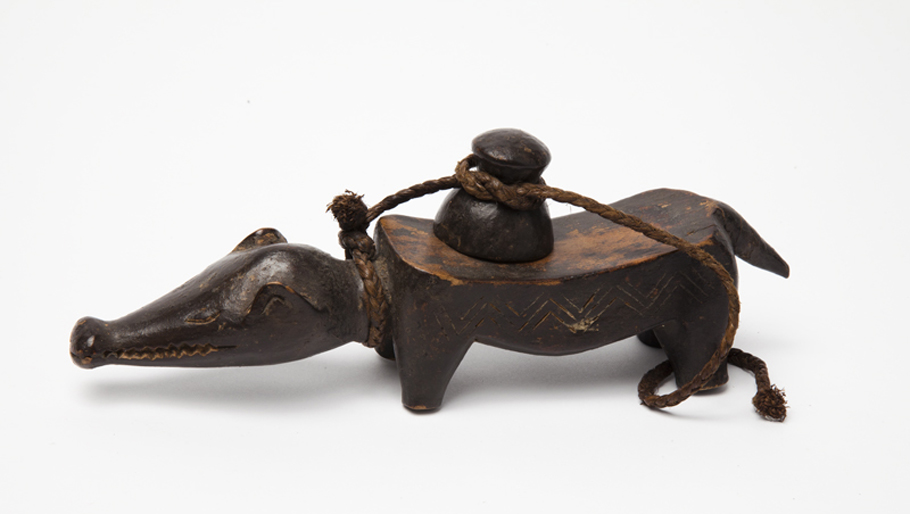 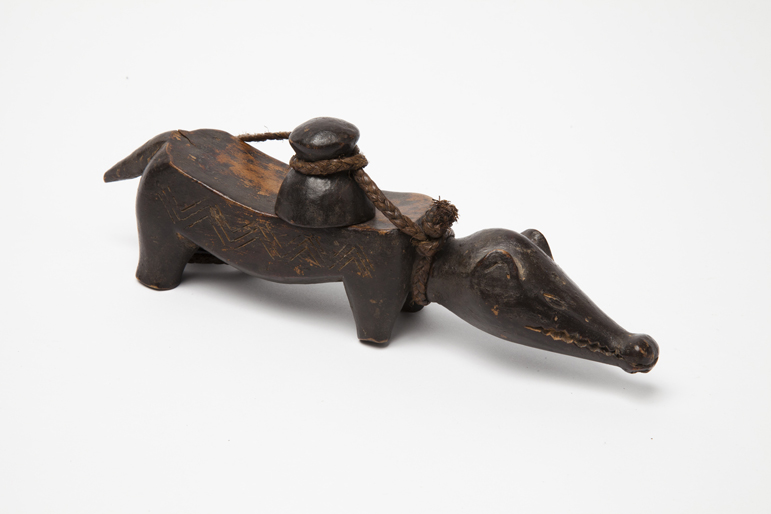 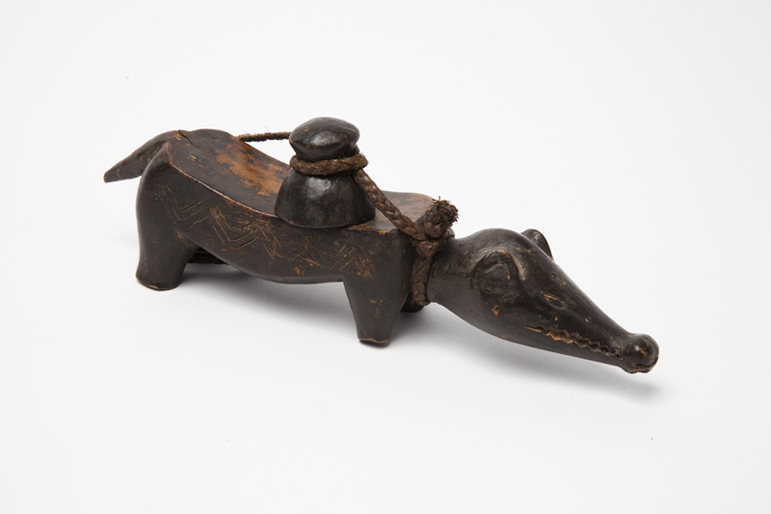