Monday 16 May
17°C and Thunderstorm With Heavy Rain
Agnes will open Tuesday at 10:00 am.

In the summer of 1934, after living in Vancouver for almost a decade, Frederick Horsman Varley moved to nearly Lynn Valley across Burrard Inlet. It was one of the happiest times of his life. Focussing on a single tree reaching above the mountainous valley and beyond the picture plane, Varley used saturated pinks, blues and purples to capture his transcendental interest in nature._ 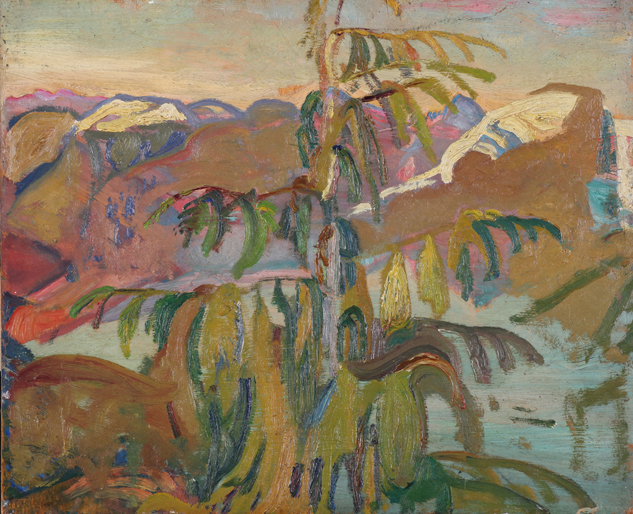