The Akan peoples of Ghana and nearby regions used gold dust as their currency for centuries and this image shows some of the required tools for its handling. On the left are two containers in which gold dust was kept. The three spoons, whose handles are decorated with geometric designs, were used to carefully measure the precious dust onto one pan of the scale, an example of which is also shown here. The dust was balanced by the appropriately-sized weight, of which there are many examples in the Lang collection. The Akan carried these implements, and a set of about thirty standard weights, in a bag called a futuo. It would take time to place the weights and ensure that the scales, held with the palm and fingers up, were properly balanced by the correct amount of gold dust. Compared to today¿s impersonal transactions using bank machines and credit cards, the monetary system of Ghana was for centuries a highly social and tactile interaction.The system of using standardized weights, and the required metalwork techniques, came from trading peoples from the Sahel, the transition zone between the Sahara and the sub-Saharan region. The British colonial administration banned the use of gold as currency around 1900. 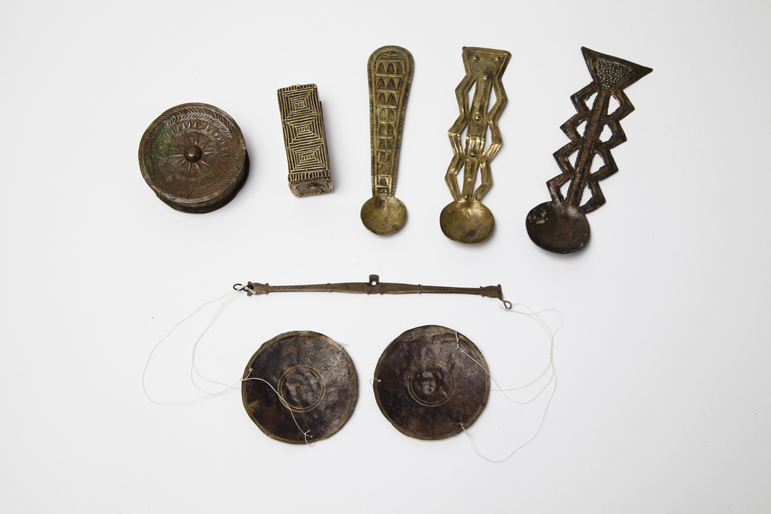