Baule helmet masks featuring curved horns and a boxy, open muzzle displaying teeth are known as bo nun amuin (¿gods in or of the bush¿) or amuin yasua (¿men¿s gods¿). Associated with masculine concerns and the wilderness space of the bush, they are worn in dance to protect the community from harm, to honour important deceased men and past dancers at funerals, and to discipline women and younger men. Although not considered to be a literal representation of an animal, a bo nun amuin¿s horns and toothy jaws suggest bush creatures like buffalo and crocodiles. The connection to the bush is further reinforced by the performer¿s costume, which is composed strictly of raffia, never cloth. In performance, a bo nun amuin masker displays a vigorous dance style sometimes accompanied by aggressive behaviour, which, by demanding immediate sacrifices, striking an audience member for wrong behaviour, or threatening the audience, serves to police and protect community interests.Because of its wild, sacred nature, only men can view a bo nun amuin mask. Its heavy, animal-like features and its protective, disciplinarian role provide a striking contrast to Baule portrait masks, which are performed in front of the entire village for entertainment and are an important component of ¿women¿s dances¿ (see M84-123 for the Lang collection¿s ndoma, or portrait mask). 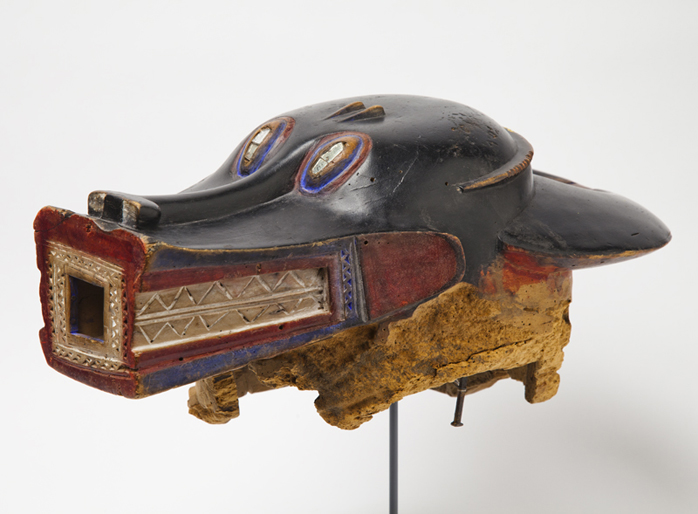 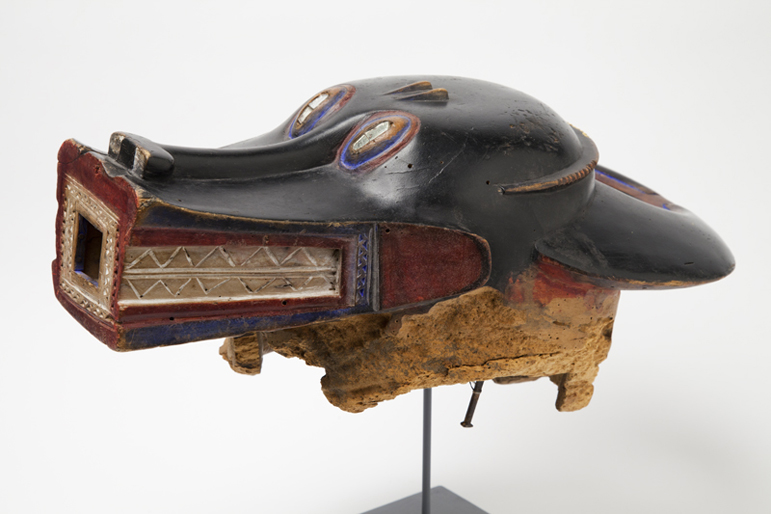 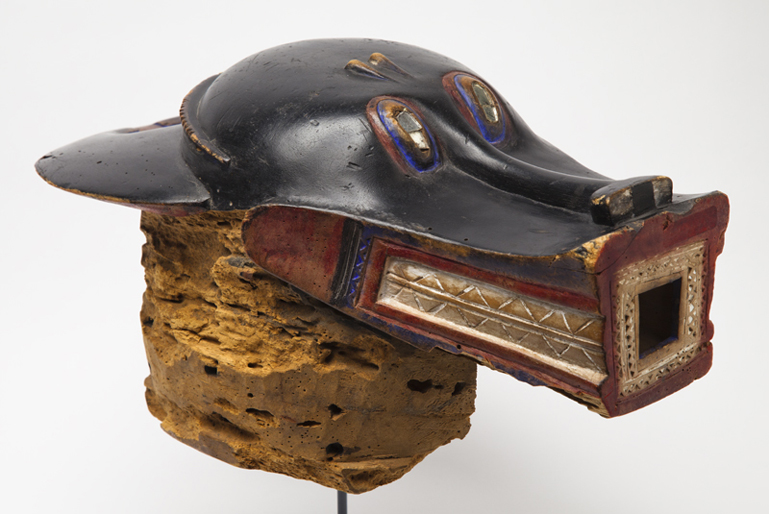 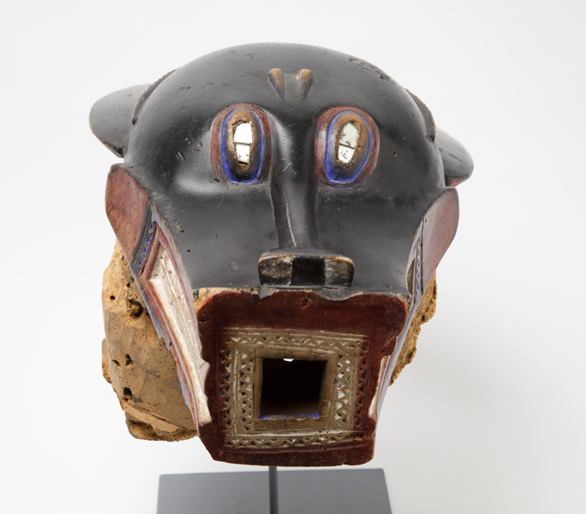