Sunday 18 April
10°C and Moderate Rain
Agnes will remain closed in compliance with the province-wide lockdown to curb the spread of COVID-19. All online programming will continue as planned.

With his neatly trimmed beard and fashionable coiffure, the man in this painting represents a sitter posing as a hermit, immersed in study and prayer in his rough wilderness retreat, following the model of early Christian hermits such as St. Jerome. Standard devices for such scenes included references to the transience of earthly life in the face of the eternal and hereafter, here embodied in two skulls, one animal and one human. 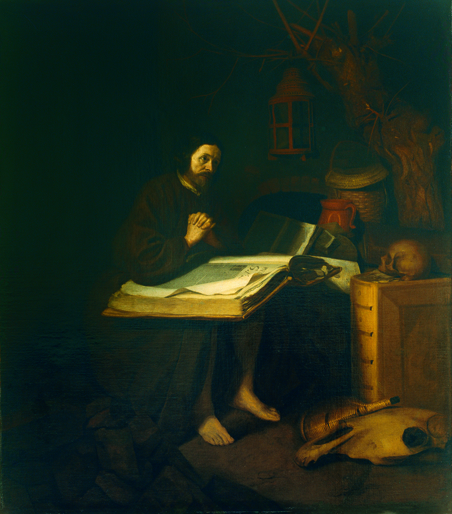