James Jacques Joseph Tissot spent the majority of his career in France, but was decisively affected by a ten year stay in London, England in the 1870s. The work he produced in London, and subsequently in France, brought him a reputation as a painter of Victorian sensibilities. Tissot is known primarily for his painting of the upper-class, particularly fashionable women in modern urban spaces, but he also produced a wide body of graphic works from the mid-1870s until 1885. Towards the end of his time in London, Tissot etched The Prodigal Son series. While based on the biblical framework, Tissot updated the story, setting it in contemporary time and reflecting the fashions and taste of his audience. In Foreign Climes, for example, demonstrates the prevalent interest in japonisme and European perceptions of the East. 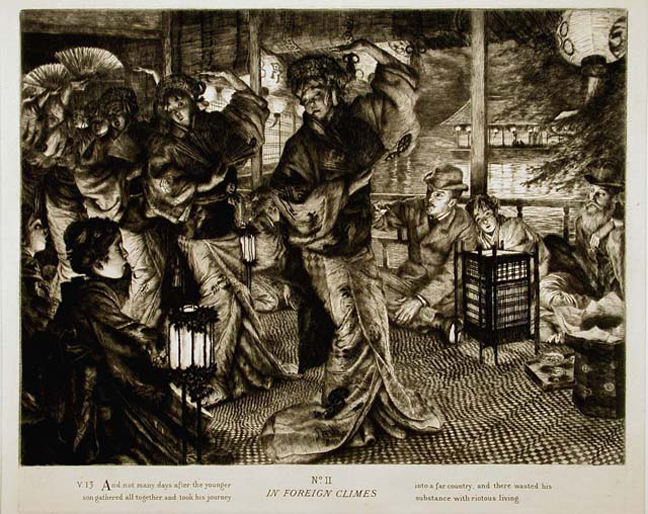