Claes Cornelisz. Moeyaert belongs to the circle of painters that has come to be known as the Pre-Rembrandtists, of which Pieter Lastman is the best known. The Pre-Rembrandtists have been credited with establishing the foundation of Dutch Biblical historical painting. Moeyaert was well connected socially and received many important commissions, including a contribution to the triumphal arch of Marie de Medici in 1638. Joseph Selling Corn in Egypt is a relatively late work. It depicts Joseph years after successfully interpreting a dream of the Pharaoh and predicting seven years of plentiful harvest, followed by seven years of famine. During the years of plenty, Joseph was made second in command to the Pharaoh and ordered that corn be stored, ensuring that Egyptians would be fed. In this scene Joseph is seen selling corn to the famished. This subject was painted earlier by fellow Pre-Rembrandtists, Jan Pynas and Pieter Lastman. 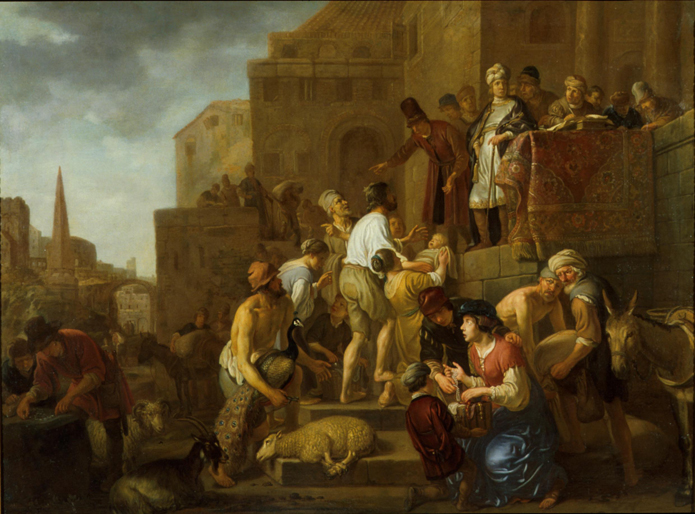