Arent de Gelder’s independent wealth allowed him the freedom to challenge the artistic fashion of his day, and create paintings in the style of the late Rembrandt throughout his career. Born to a Director of the West India Company and a wealthy mother, De Gelder first studied with the Dordrecht-based Rembrandt pupil Samuel van Hoogstraten, before spending two years in Rembrandt’s atelier, beginning around 1661. His Judah and Tamar shows a rough and complexly layered technique that owes everything to Rembrandt’s latest work. The audacious theme–The Patriarch Judah is unwittingly seduced by his daughter-in-law Tamar–and the coarse and explicit emotion suggest that he also looked to the established Dutch tradition for comic scenes of everyday life, known as genre, in particular the work of its greatest practitioner, Jan Steen. 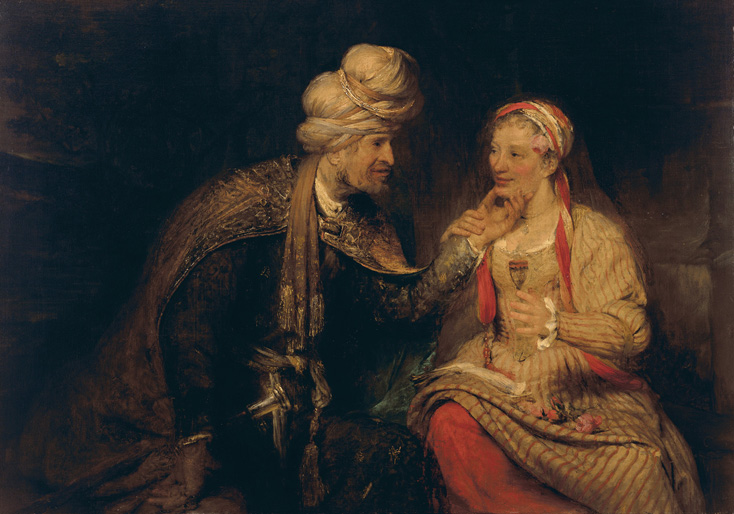