Though he is best known for his carvings of dancing bears, Pauta Saila published approximately forty prints in Cape Dorset graphic collections between 1962-1981. Pauta was one of the first Inuit artists to attempt copper engraving and achieved a distinctive style with the medium, highlighted by a remarkable attention to detail. As with his carving, he most frequently took his graphic subject matter from the animal world. Pauta Saila has lived in Cape Dorset since 1960 and has established an international reputation. He is married to printmaker Pitaloosie Saila. 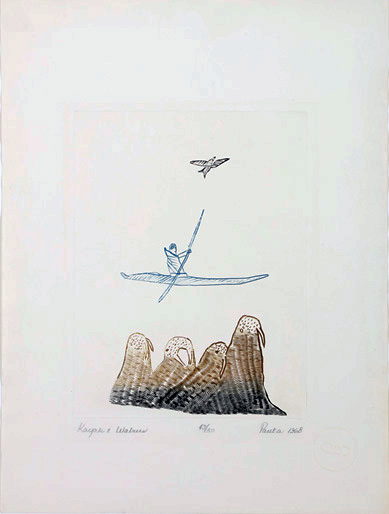