As a court painter for both Duke Alfonso I d’Este and his successor Duke Ercole II, Dosso Dossi was a central figure in the artistic circles of Ferrara for thirty years. Dossi was highly skilled at incorporating certain qualities of both the Venetian and the Roman schools without producing a style that was merely imitative. Because he did not follow texts or popular images very closely, the precise meaning of many of his paintings is unclear. The present work is an example. It is thought that the painting was probably produced as part of a decorative cycle meant to hang in one of the ducal residences that seems to represent the seven Liberal Arts. As the lion was likely a later Christianizing addition, the literary references of the books suggests this figure personifies the Art of Rhetoric. 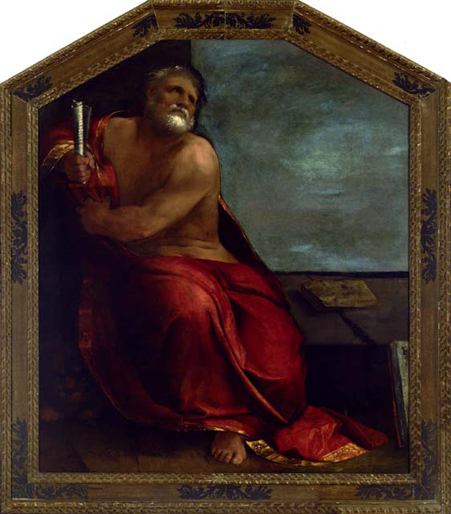