On the left side of this small landscape on copper Neyts has depicted a river receding directly into the distance, where it is spanned by a bridge. Still further back rises the spire of Antwerp’s cathedral, accompanied by several of the city’s other monuments. Along the right bank of the river runs a road, on which stand two figures, both holding traveller’s walking sticks. They seem to be half-draped, suggesting the time period of antiquity. The one on the right raises his arm in an apparent salute to the viewer. His companion, dressed in red and white, has wings rising from his shoulders, identifying him as the Archangel Raphael accompanying the young Tobias on his journey. So, as was his habit, Neyts has created a fantasy landscape that incorporates both biblical characters and a view of a real city, transposing the story of Tobias into a contemporary setting to allow viewers to identify more closely with the story. 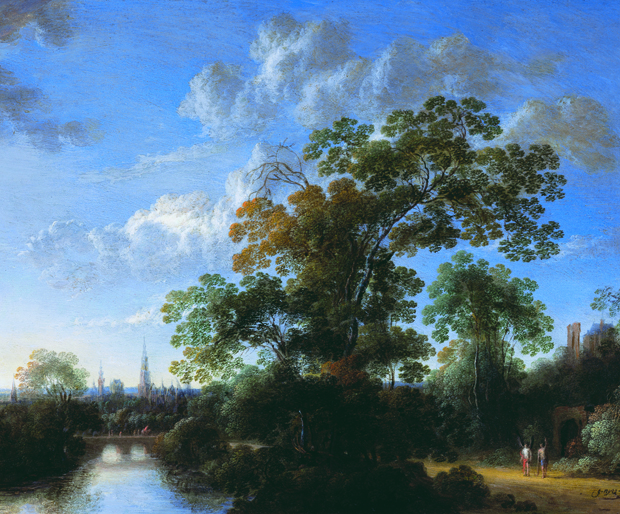