A common subject in the sixteenth century, possibly because of its illicitness, the story of Lot and his daughters (Genesis 19:30–38) illustrates female resourcefulness during moments of desperation. Having fled with their father after the destruction of Sodom and Gomorrah, Lot’s two unmarried daughters resolve to seduce him with wine and lie with him, so as to continue the patrilineal line. The carnal nature of the story is anticipated through the figures’ partial nudity, the food and drink that fuels lovemaking, and the pose of Lot, reminiscent of an ancient river god and an allusion to fertility. 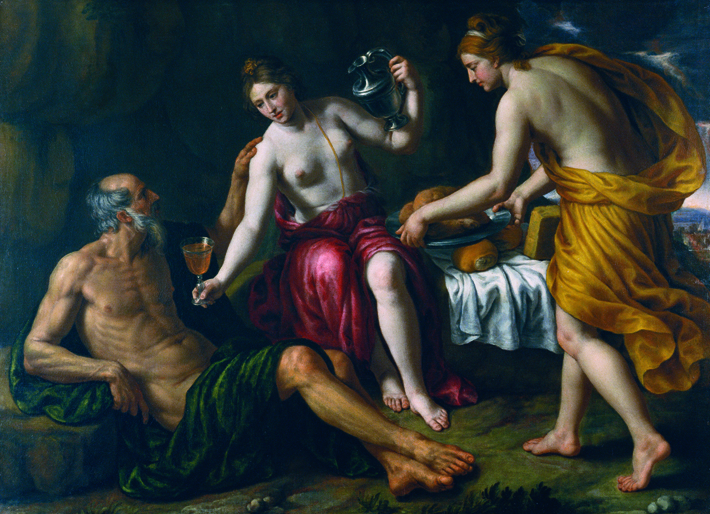