John Raphael Smith made his reputation as an engraver of reproductive mezzotints, producing prints after some of the great English artists of his day. He was also a painter and draftsman in his own right, and made numerous engravings after his own designs. Apprenticed at a young age to a linen draper, he is thought to have received his only formal training from his father, landscape painter Thomas Smith of Derby. He established himself as an engraver by 1773, but later expanded the scope of his enterprise to include publishing and art dealing. His abilities as an engraver were widely admired and in 1784 he was appointed Mezzotint Engraver to the Prince of Wales, later King George IV. As the head of a studio, Smith influenced a number of later engravers who served as apprentices and assistants, including William Ward, James Ward, John Young and Charles Howard Hodges. 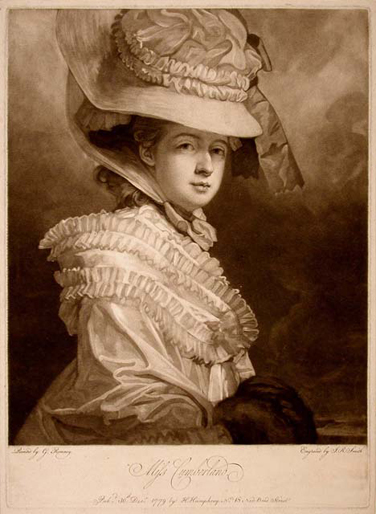