This photograph emerged from Stankievech’s study of bunkers built by the Nazis during WWII that still line the French, Belgian and Dutch coasts. The photograph is an historical exploration of the form and location of the “centre.” The rotation of the bunker in relation to the rectangular frame is metonymic of the whole project’s exploration of the centre of belief in modernity. Both the sense in which we can now view the structure as monument and the bunker’s own architectural centre of gravity play parts in Stankievech’s documentary narrative. A structure designed for “spinning out” is a metaphor, like those in W.B. Yeats’ “The Second Coming”, for the loss of core belief. Like an archaeologist, Stankievech traces a narrative told by obsolete technologies through a historical movement from the formal centrality of acoustic outpost surveillance to the free-floating protection of such isolated underground autonomous military bunkers. The photograph is intentionally framed with excessive fortification using a dibond panel mounting that floats encased in a heavy wood frame with a glass front. 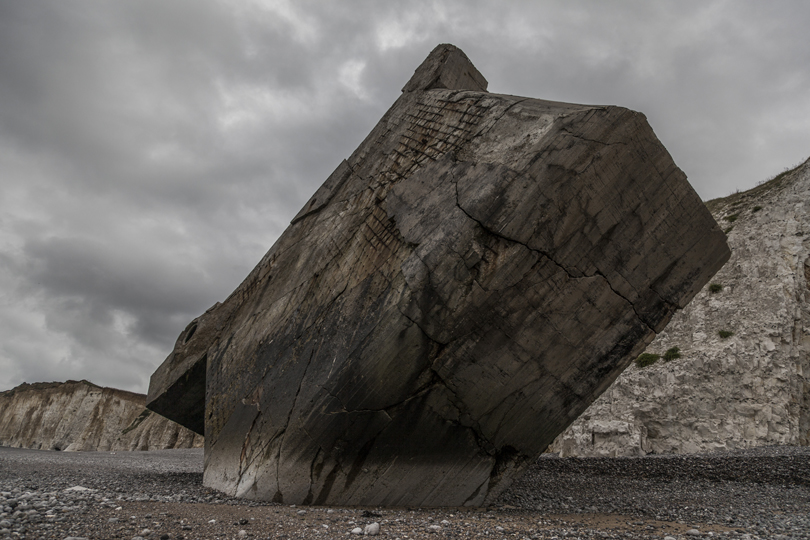