Walter Gramatté was a German Expressionist who produced numerous oil paintings, watercolors and especially prints during his short career. November-Portrait 1918 was made in the year he was discharged from the German army. Gramatté’s disillusionment over the First World War and his constant battle with illness inspired much of his work, which often conveys a mystical view of nature. In this self-portrait, weather, landscape and face seem to merge, as if in the process of becoming each other._ 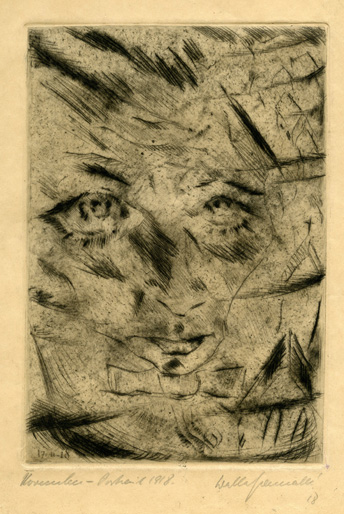