Thursday 22 April
0°C and Broken Clouds
Agnes will remain closed in compliance with the province-wide lockdown to curb the spread of COVID-19. All online programming will continue as planned.

Albert Robinson was active in Montreal in the 1920s and early 1930s. Robinson was a painting companion of A.Y. Jackson’s during a European trip in 1910 and frequently during the 1920s and early 1930s. He was invited to show his work in the first Group of Seven exhibition in 1920. Born in Hamilton, Ontario, Robinson studied at the Académie Julian, Paris, under William Bougereau. In Canada, he established himself as a painter of landscapes. Robinson made frequent sketching trips along the St. Lawrence, painting the communities of Baie-Saint Paul and Les Éboulements. Far from seeking nature “untamed”, he took his subject matter from the barns and farmhouses dotting the countryside and applying broad areas of paint to his canvases to create simplified forms. He was particularly sensitive to colour effects, as Old House, Laurentians. Ill health forced Robinson to abandon painting in 1933. 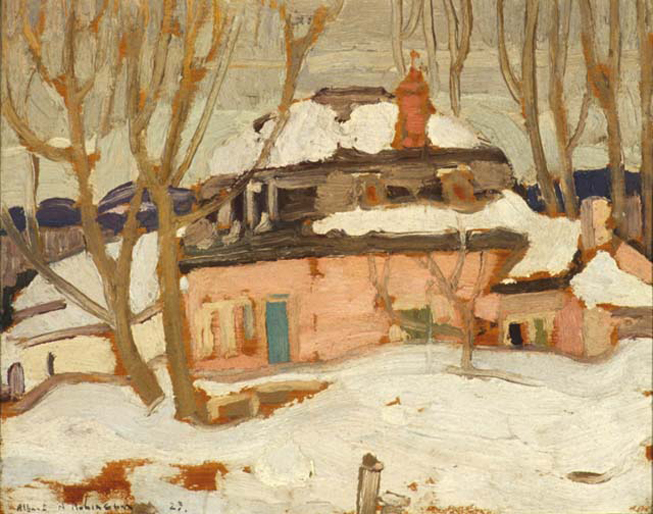