King James II was the last Roman Catholic monarch to rule England. His reign was short-lived (1685–1688), but the scale of this print was fitting for a man of his status. Peter Vandrebanc’s portrait clearly shows that the king once embodied the centre of English politics. This print was produced at the outset of James II’s reign, before he fled the country to France. The French inscription at the top of the work anticipates the interest such a print would have garnered abroad. 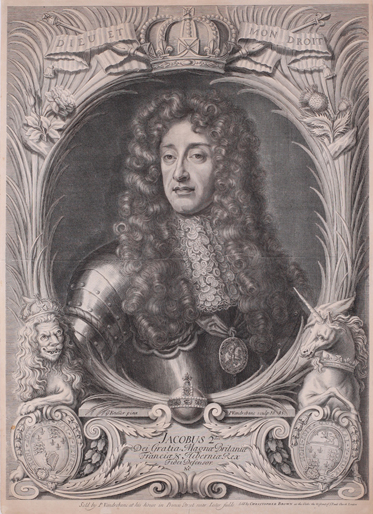