A native Amsterdammer, John James Backer was active in London in the studio of Godfrey Kneller and was the first teacher of the English engraver and chronicler George Vertue. Backer’s known oeuvre is relatively small, but this portrait demonstrates Kneller’s impact in the grand presence of the wig and cravat and the use of the painted oval frame. Backer, however, exhibits a tighter realism in the armour than his master. William Graham of Duntroon succeeded his father as Fifth Count Dundee, but his participation in the Jacobite uprising of 1715 resulted in his being attainted by parliament in the following year. 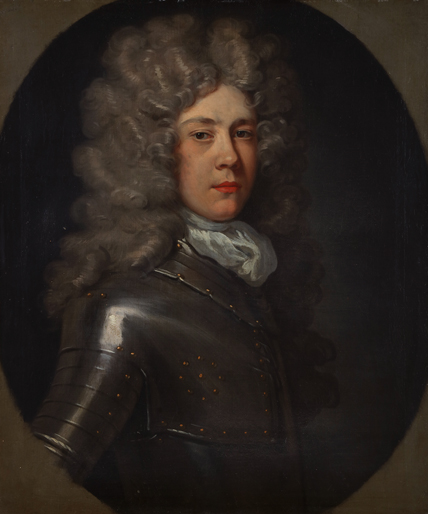