Wednesday 21 April
1°C and Broken Clouds
Agnes will remain closed in compliance with the province-wide lockdown to curb the spread of COVID-19. All online programming will continue as planned.

The story of Delilah, told in the Book of Judges (16:4–21), has been part of the power-of-women theme since the fourteenth century. Bribed by the Philistines to learn the secret of Samson’s incredible physical strength, Delilah manipulates his emotions with her clever words until he confesses that his unshorn hair is the source of his power. Here, Samson’s rippling muscles make his defeat more pronounced, while Delilah, clutching his severed locks, signals his vulnerability to the Philistines in the background. 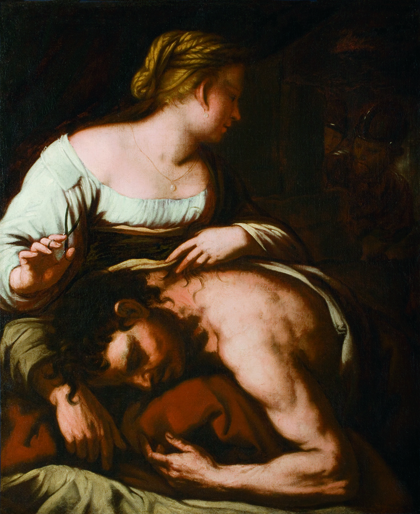