An early proponent of abstract painting in Canada, Jack Bush was a founding member of the Painters Eleven. It was following a visit to his studio by American art critic Clement Greenberg in 1958, however, that he began painting the large scale colourfield works that he is known for today. Greenberg influenced his move to abandon the thick, gestural application of paint associated with Abstract Expressionism and concentrate, instead, on colour applied very thinly. Spot on Red (The White Cross) is one of the earlier pieces done by Bush in his mature style and demonstrates his unique understanding of the interplay between form and colour. 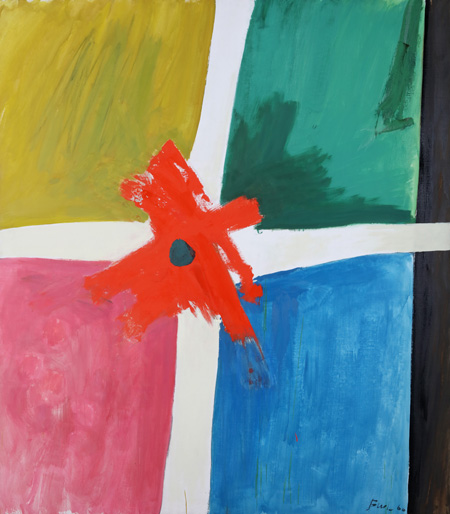