Wednesday 21 April
1°C and Overcast Clouds
Agnes will remain closed in compliance with the province-wide lockdown to curb the spread of COVID-19. All online programming will continue as planned.

Lilias Torrance Newton was the best Canadian portrait painter of her generation. In the hundreds of portraits that she painted of businessmen, professors, politicians, debutantes and statesmen, she managed to bring an artistic capacity and an analytic sensitivity to her work which raised it above the ordinary. She was based in Montreal, but spent periods of time in Toronto and Ottawa. She traveled to western Canada annually to execute portrait commissions. Born in Lachine, Quebec, and raised in Montreal, Newton attended junior art classes at the Art Association of Montreal, and at the age of sixteen commenced studies under William Brymner. She was closely associated with fellow artists A.Y. Jackson, Randolph Hewton, and fellow Beaver Hall Group members Sarah Robertson, Prudence Heward and Anne Savage. In 1923, she went to Paris, studying briefly at the Academie Colarossi and with Russian set designer Jacovleff. In the 1930s, Torrance received national and international recognition, representing Canada at group exhibitions in Washington, London and New York. Torrance’s work is characterized by a linear, almost decorative, approach to form and a bold use of colour. 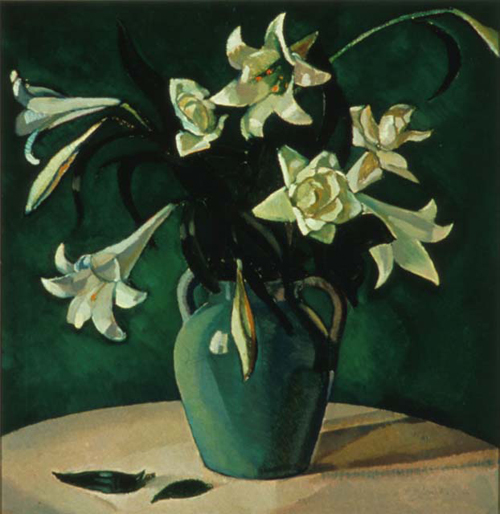