The Book of Tobit was an important inspiration for Rembrandt: he produced two paintings and three prints of scenes from the story. He also returned repeatedly to it in his drawings, which caught the attention of his pupils and followers, and supplied them with the basis for a number of their finished paintings. For his part, Rembrandt also looked to the works of other artists, and his 1637 painting of the angel’s departure at the close of the Book of Tobit draws directly from a woodcut after Maerten van Heemskerck. It adapts the striking figure of the angel ascending into the clouds, but adds drama by bathing the angel in the blaze of light emerging from the dark cloud into which he rises. Four years later, Rembrandt developed this composition into a more sophisticated scene in which he emphasized the roles of the various earthly personages as part of the overall drama, distributing them over a horizontal format. The angel is turned around and crammed into the upper right corner and his presence there is reduced largely to the bottoms of his two feet. This print was one of Rembrandt’s most important from this period, when he was occupied with his great masterpiece, the Night Watch, and enjoyed high demand among collectors. 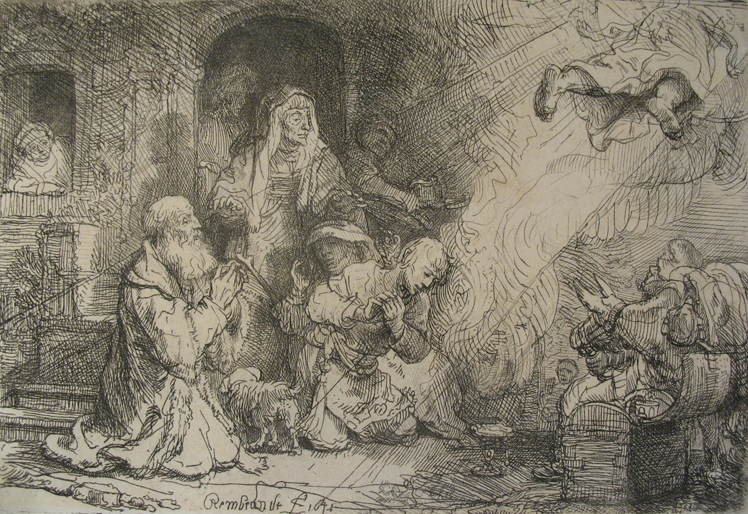