Pieter Lastman, the second and more prominent master of Rembrandt van Rijn, here represents a scene from the Book of Judges (13:11). Manoah and his wife, parents of the legendary figure Samson, listen attentively to the divine guidance on the raising of their special son. In the clarity of gesture, Lastman models a manner of painting that Rembrandt would assimilate in his yearly years. This gestural lucidity is complemented by a notable monumentality of form. Even the angel, whose divinity is revealed only in later verses, sits solidly on a rock, with feet extended and elbow bent, a decidedly terrestrial pose. Rembrandt would imbue his figures with an attractive and immediate earthiness in both his Leiden years and beyond. 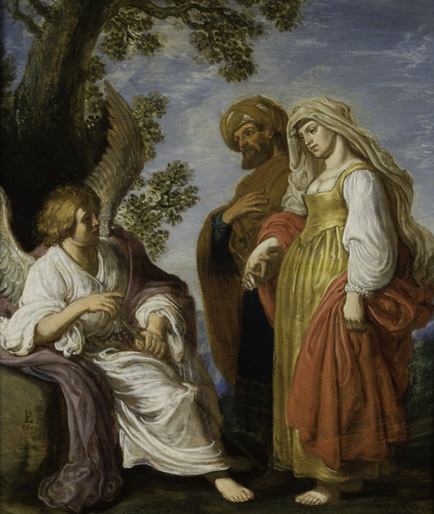