Canada was not ready for Kathleen Munn’s art. “She was probably the only painter in Canada whose canvases show an interest in cubism,” art critic Frederick B. Housser wrote in 1929. For over a decade, Munn focussed almost exclusively on the Passion of Christ. In Untitled (Crucifixion), she chose the Tau (T) cross, an older crucifix form, as opposed to the Latin cross. Wooden bodies lurch and reach into a cubist sky, a decidedly formalist integration of earth and spirit._ 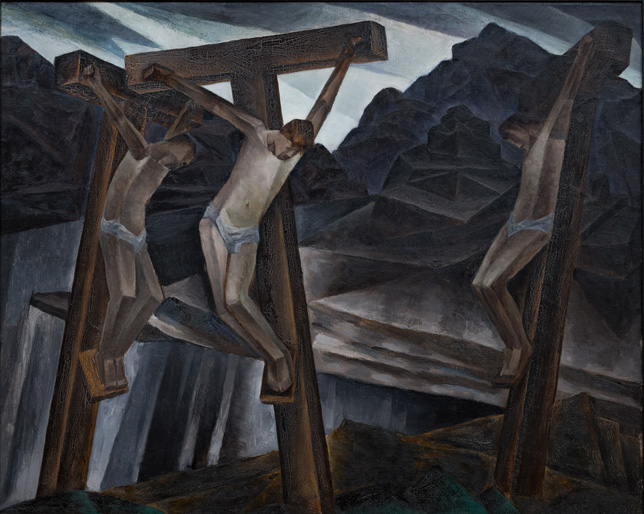