The Studio:
The Intersection of Science and Art with Evan Sharma 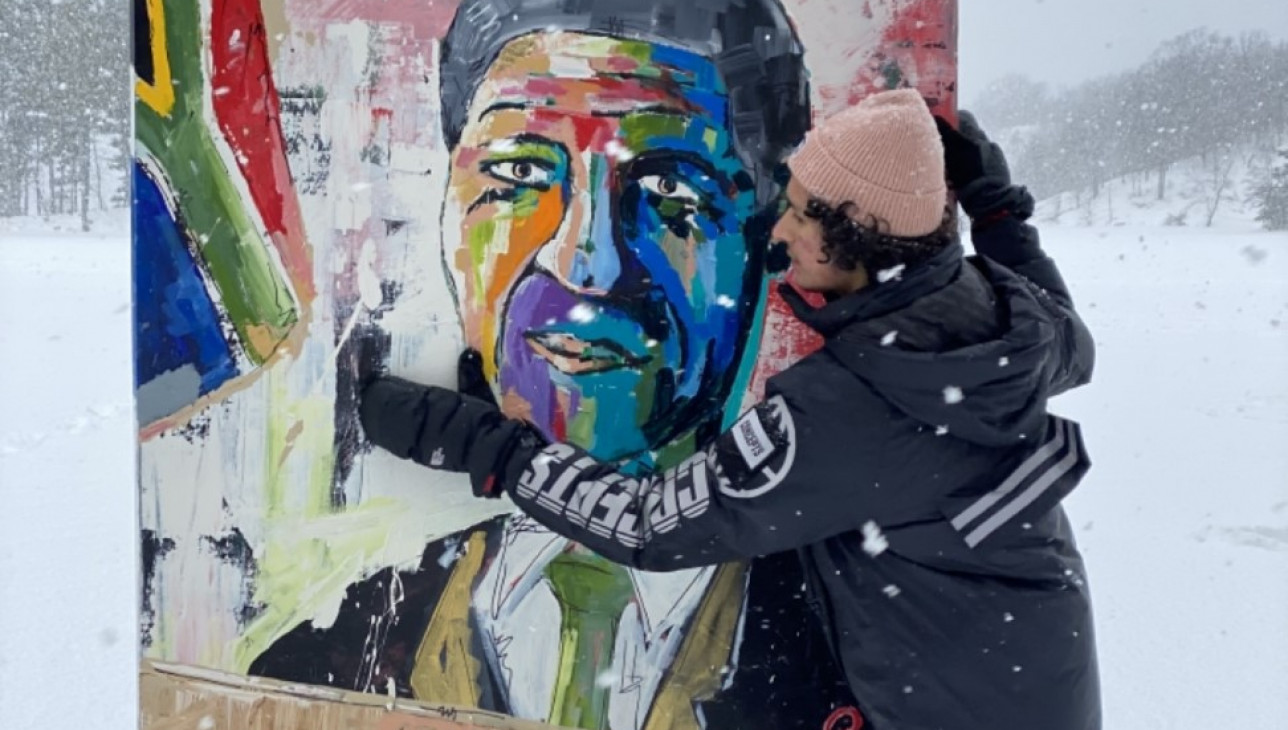 This is an in-person workshop.

Join us and connect with your creativity at these accessible artist-led workshops featuring a talk with the artist on their practice, inspiration and career in the arts.

Join artist and young creator Evan Sharma as he presents his vision for the world through art and science. Evan leads participants in a workshop focused on creativity, painting, fashion, the environment and the future.

Evan Sharma is a neo-expressionist artist who first received acclaim when, at 12, he was accepted into Canada’s largest juried art fair. Now 18, Evan’s work explores thinking about global challenges from the perspective of both art and science, some of which is based on his own experience as an award-winning environmental researcher. Evan has been named as one of Canada’s most talented young artists by NUVO magazine, one of Toronto’s most exciting artists and has presented his ideas on a number of stages, having given talks at C2, HATCH and TEDx. Evan’s work is now being acquired by collectors from NYC, LA, London and Dubai; he has appeared in a number of documentaries, including those by CBC Arts, CTV and Shopify Studios.

To date, Evan has donated art that has raised over $100,000 for various charities, including the United Way, hospital foundations, and VibeArts. He is also the founder of The CovART Challenge which raised funds for over 200,000 meals for Kenyan children affected by the pandemic, and RBLB, a wearable art line.

This program is made possible by the Iva Speers Fund for Art Education.