Coffee with the Artists:
Richard Ibghy and Marilou Lemmens

Join us for coffee and treats as we kick off the 4-week production phase of their 8-week residency in Kingston. 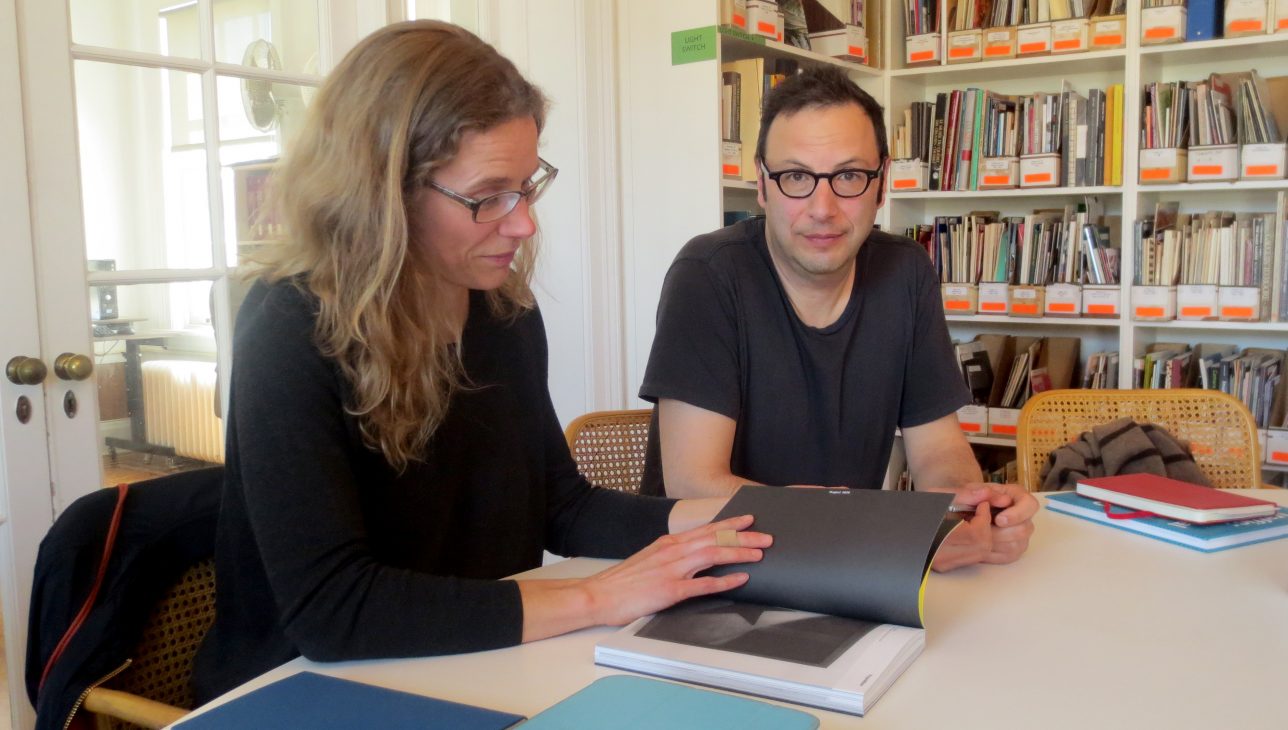 Marilou Lemmens and Richard Ibghy at work in the Agnes’s library.

Curious about Artist-in-Residence, Richard Ibghy and Marilou Lemmens? Want to find out more about this internationally admired artist duo’s collaborative and research-intensive project, The Golden USB? Join us for coffee and treats in the Etherington House as we kick off the 4-week production phase of their 8-week residency in Kingston. This Canadian artist duo is the Agnes Etherington Art Centre’s inaugural Stonecroft Foundation Artist-in-Residence, hosted in collaboration with Queen’s University’s Film and Media Studies.

Meet the artists and Agnes Curator of Contemporary Art Sunny Kerr at the Agnes on 4 May from 5 to 7 pm to learn about Ibghy and Lemmens’ current project, The Golden USB, and its forthcoming Canadian chapter, which responds to Queen’s and the city of Kingston.

By raising timely questions regarding the limits of commodification—including the ownership of the Earth and of the life forms that inhabit it—The Golden USB considers the prospect of interstellar trade as the logical future extension of a planet without boundaries or borders. At its heart, the project imagines a non-anthropocentric value in response to the pressing issues facing our planet, including increasing pollution, anthropogenic climate change, ecosystem cascade events, the collapse of much of the earth’s biodiversity, and the depletion of fresh water, soil and minerals.

Based in Montreal and Durham-Sud, Canada, Richard Ibghy and Marilou Lemmens have developed a collaborative practice that spans multiple media, including video, performance and installation. Their work explores the material, affective and sensory dimensions of experience that cannot be fully translated into signs or systems. For several years, they have examined the rationale within which economic actions are described and represented, and how the logic of economy has come to infiltrate the most intimate aspects of life. More info: www.ibghylemmens.com