Tuesday 20 April
12°C and Overcast Clouds
Agnes will remain closed in compliance with the province-wide lockdown to curb the spread of COVID-19. All online programming will continue as planned.

New Eyes on the Universe

See how the basic laws of particle physics were redefined 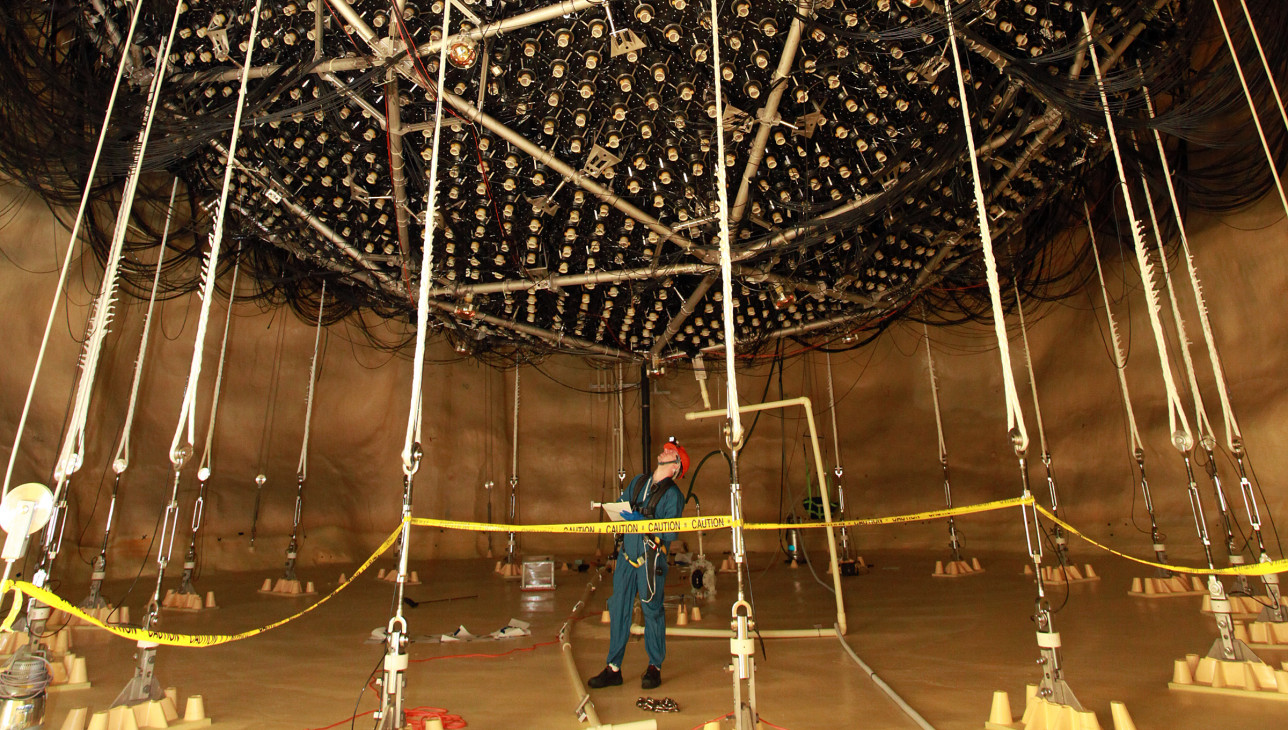 View from below the SNO+ detector underground at SNOLAB. Photo: Bernard Clark 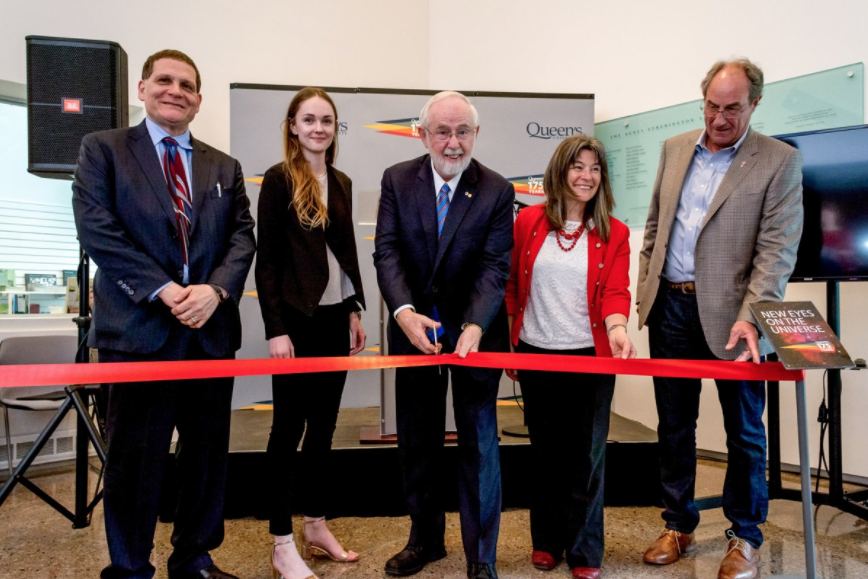 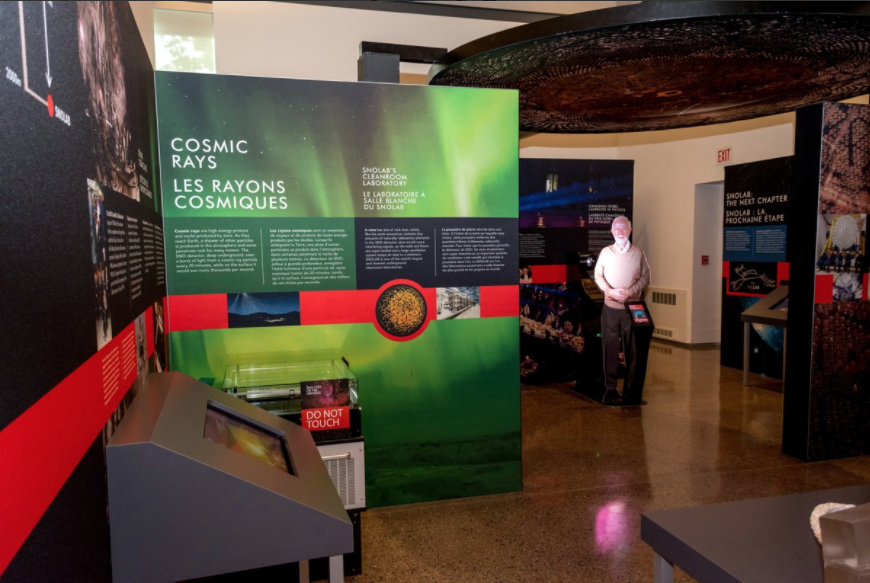 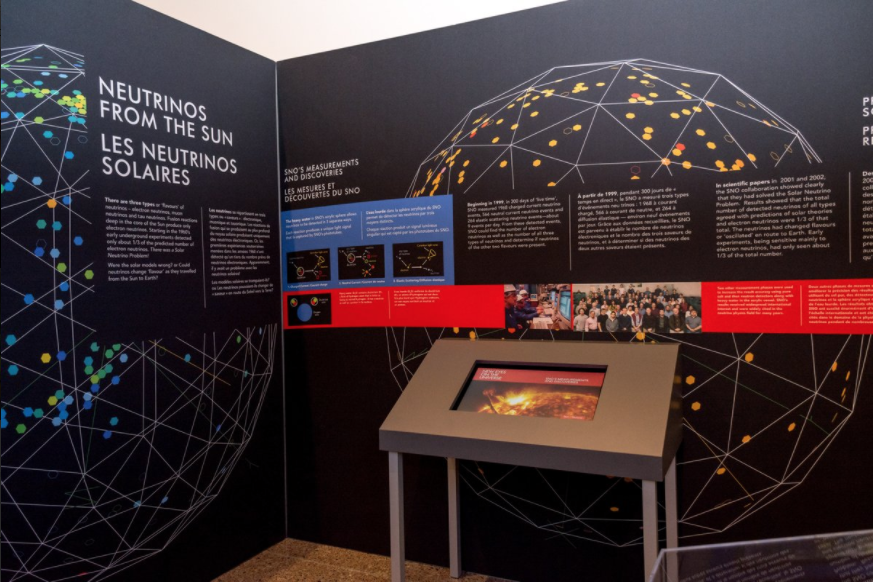 See how the basic laws of particle physics were redefined in New Eyes on the Universe, a special exhibit featuring the discoveries of the Sudbury Neutrino Observatory (SNO), the recognition of this work with a Nobel Prize in Physics in 2015 for SNO Director, Dr Arthur McDonald, and the facilities and experiments of SNOLAB.

In this display, spectacular images of the history and development of SNO and SNOLAB are presented on some 40 panels. Video kiosks let visitors explore themes and offer a virtual tour of SNOLAB. A life-size “Virtual Art” presents information from Dr Arthur McDonald about the work of SNO and SNOLAB and his perspective on the future.

The awarding of the Nobel Prize to Arthur McDonald and Japanese physicist Takaaki Kajita is featured through images from Nobel Week in Stockholm and a display of the Nobel Medal, citation and artwork. Exhibit artifacts include unique detector components developed especially for SNO, as well as a scale model of the SNO detector. A SNO and SNOLAB people station shares interviews with young scientists who started their scientific careers with SNO.

This interactive exhibit is open to all ages during gallery hours. Group Tours are offered Saturday 3 June–Friday 7 July 2017 and are led by a current Queen’s University physics student. To make a tour booking, contact Lori Payne at (613) 533.6000 x74987 or fill out a request online.

The New Eyes on the Universe  exhibit is owned and circulated by SNOLAB. The SNOLAB Institute is operated under a Trust agreement between Queen’s University, University of Alberta, Carleton University, Laurentian University, Université de Montréal and Vale, and includes external and international membership from both academic and industrial sectors.