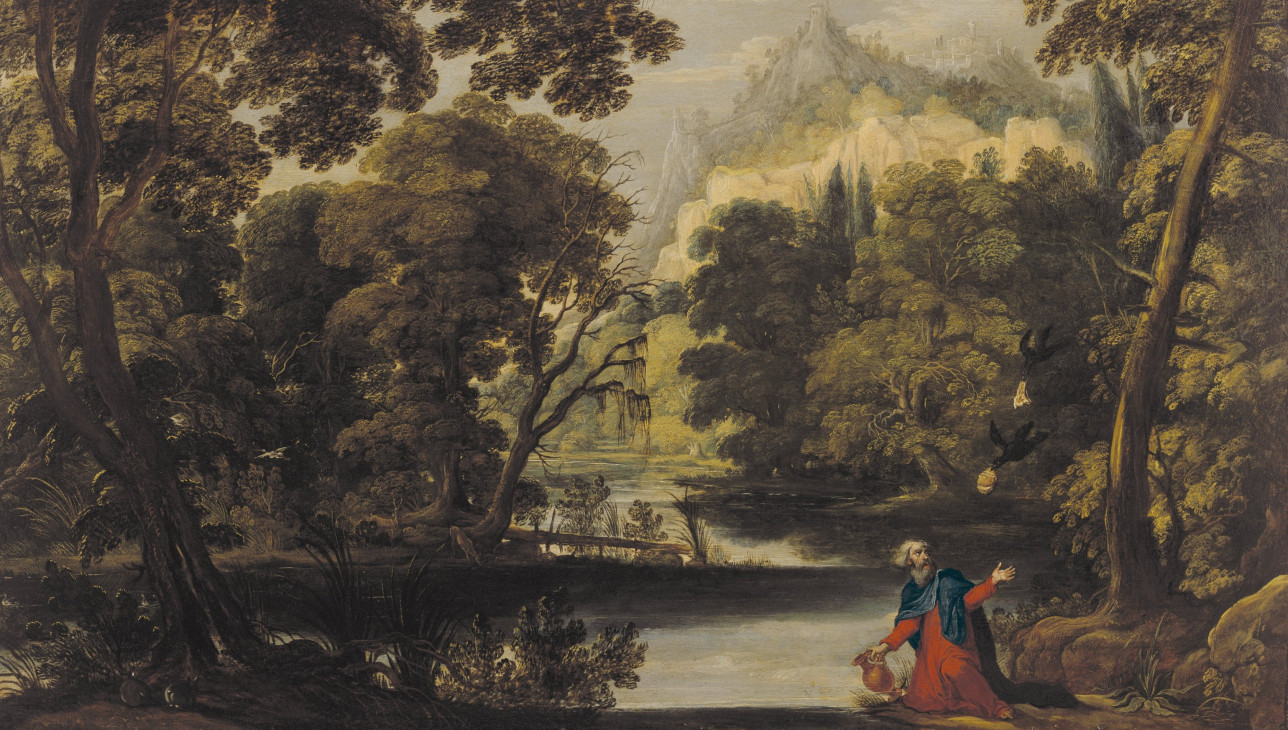 David Teniers I, Elijah Being Fed by the Ravens, around 1640, oil on panel. Gift of Alfred and Isabel Bader, 1991

This tour has been canceled.

Gain a new perspective and understanding of current exhibition Studies in Solitude. Join us for this free, in-person, lunch-hour tour led by our friendly Community Docents.

The social and moral implications of retreating oneself in solitude were vigorously debated in early modern Europe. While the benefits of a solitary state were exalted in the context of scholarly study and Christian devotional practice, they were also understood to carry a moral obligation of mental fortitude. Theologians in particular warned that time away from family and community could lead to depressive episodes or leave one vulnerable to temptation. Who was advised—or perhaps permitted—solitude, then, was carefully negotiated by cultural and societal norms.

The artworks brought together in Studies in Solitude illustrate how early modern Dutch artists such as Rembrandt van Rijn, Jacob van Campen, Heyman Dullaert and Cornelis Bisschop confronted the accepted limits of seclusion in their work. Representations of figures solitarily engaged in studies, prayer, or song provided opportunities for an artistic exploration of human interiority and helped inspire ideals of devotion and erudition. Situated in the context of renewed concerns around topics of isolation and exposure brought on by the 2020-2021 pandemic, Studies in Solitude also considers how such images participated in the development of gendered and class-based conceptions of privileged space that are still felt today.

The Community Docent training program is supported by the Iva Speers Fund for Art Education.