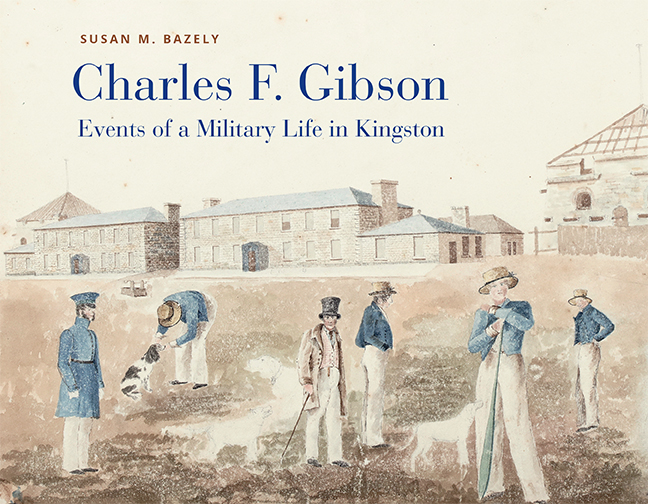 Year: 2018
40 pp col. ill. 7" x 9"
ISBN: 978-1-55339-413-6
$12.00 softcover
Charles Frederick Gibson was stationed in Kingston as an ensign in the 66th Regiment of Foot from spring 1831 to spring 1833, an exciting time of change that witnessed a cholera epidemic, the construction of the Rideau Canal and the rebuilding of Fort Henry. During his leisure hours, Gibson depicted the landscape and activities around him and socialized with fellow officers and the town elite. This engaging publication features Gibson’s Kingston watercolours and drawings, which have only recently come to light, alongside works by his contemporaries, such as Edward Charles Frome, Henry Owen Crawley, Richard Henry Bonnycastle and Harriet Dobbs Cartwright. Through Gibson’s eyes, we experience 1830s Kingston as events of a military life unfold, both quotidian and monumental.
Footnotes
Image Credits