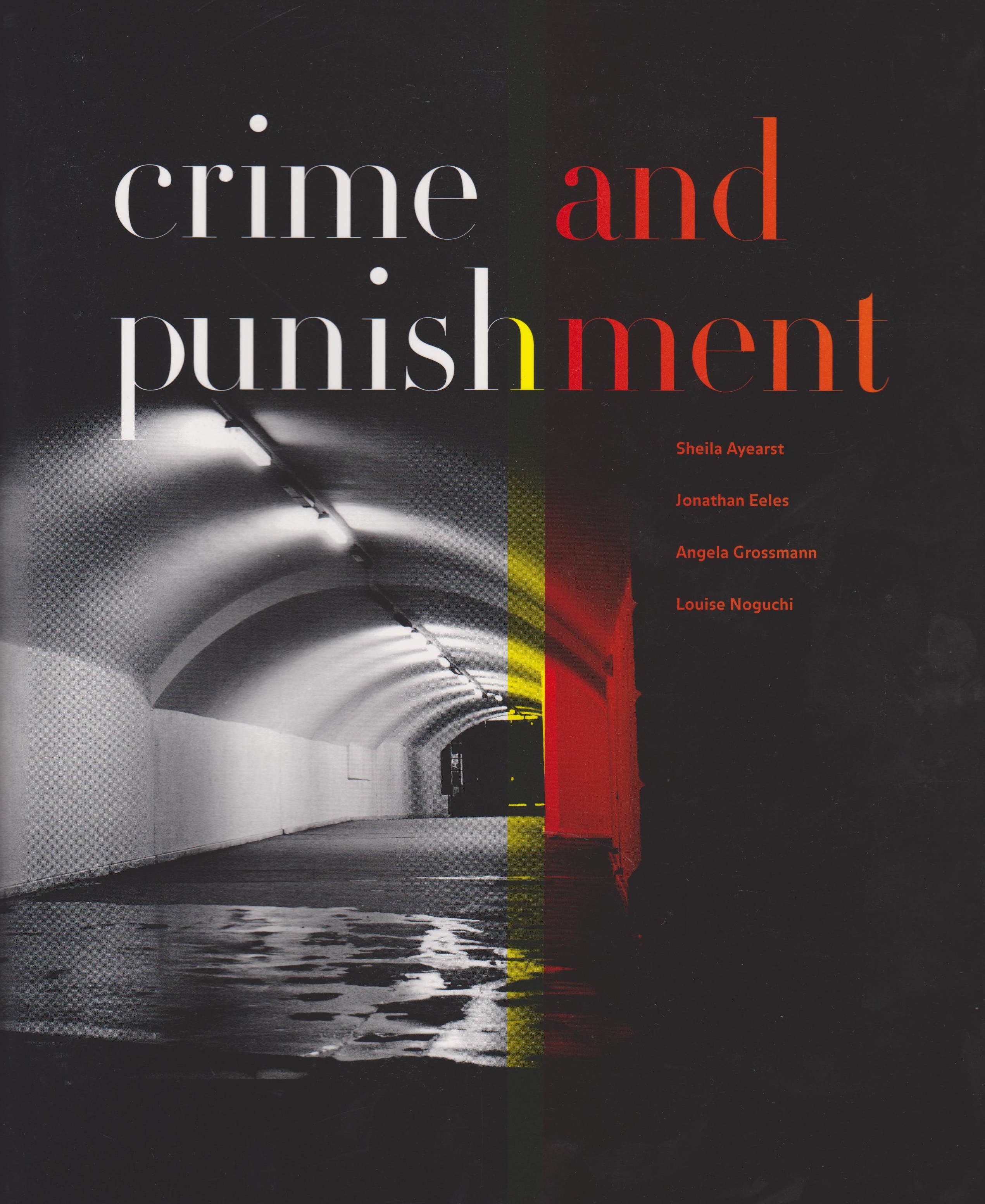 In Jennifer Rudder’s proposal for this exhibition, many emergent tendencies in contemporary practice coalesced. Its realization has more than fulfilled that early promise. As her catalogue essay makes clear, the exhibition’s theme of the rendition of the criminal – in the portrait or the physical setting – reflects our society’s long history of fascination with the perception of criminality. The aura surrounding the person or place associated with criminal acts is a powerful, isolating force. The works in this exhibition, by Sheila Ayearst, Jonathan Eeles, Angela Grossmann, and Louise Noguchi, hover on the edges between compassion and condemnation, between dread and reassurance, the innocuous and the frightening. The exhibition title, Crime and Punishment, refers to Feodor Dostoevsky’s 19th-century novel in which the protagonist, Raskolnikov, acts out his own capacity for crime. A similar strategy of unexpected associations and contradictory signs gives poetic resonance and acuity to each of the works in this exhibition. By suppressing the obvious and bringing forward the aura, they tap into ancient reflexes and issues of fate, redemption, and contamination. What’s more, each piece is grounded in the use of images from actual or, in the case of Jonathan Eele’s photographs, alleged crimes. The real-world references amplify the stakes, the implications, of the slippery surfaces of identity and the sideways lurches of circumstance that shape the life of each individual. The tensions set up within and among the pieces in the show produce a satisfying richness and a sense of slowly unfolding, inexorable logic that offers an aesthetic parallel to Dostoevsky’s text.