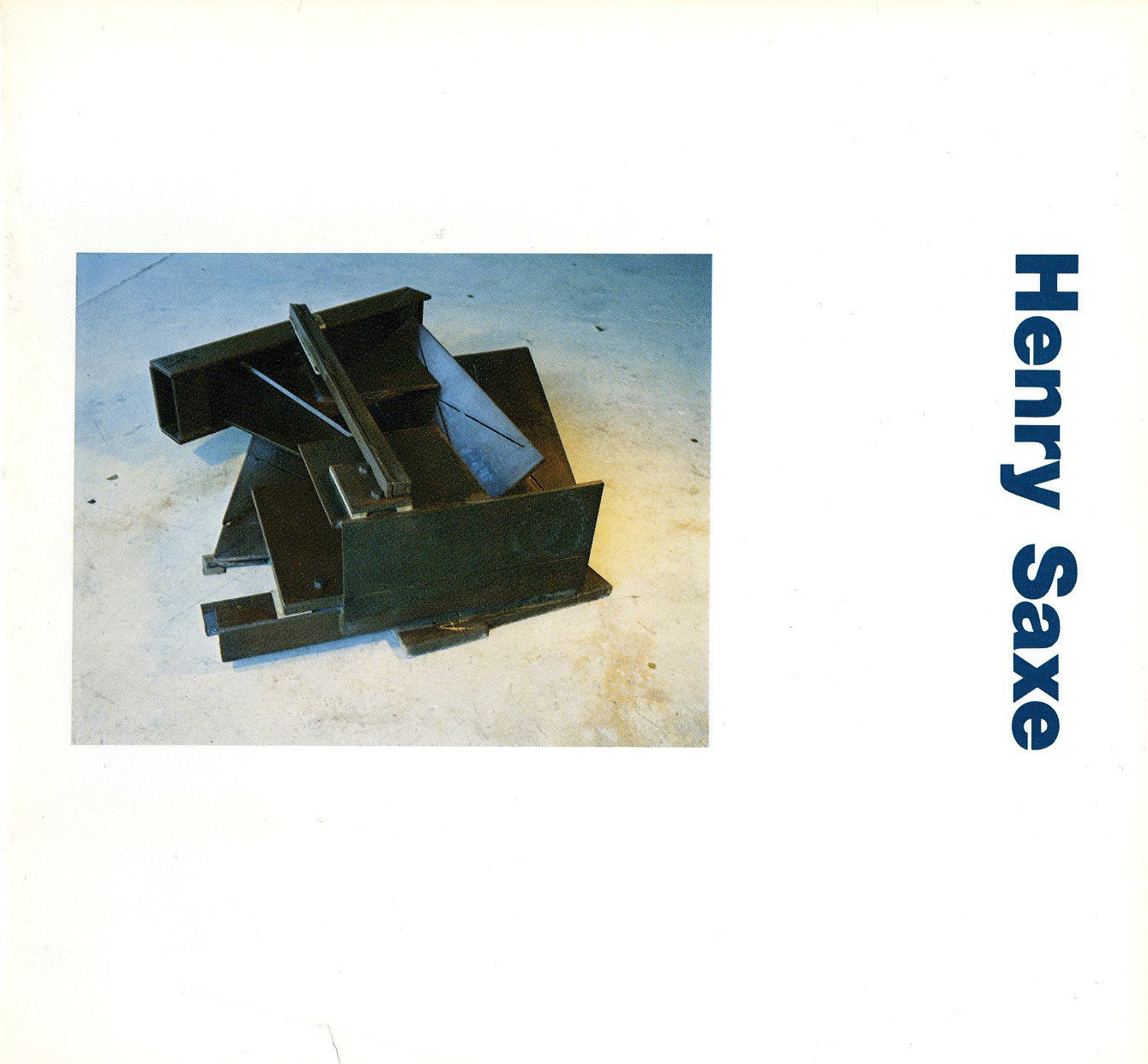 Henry Saxe's working methods are deliberate and clearly expressed in his work.  Saxe's series produced between 1981 and 1982 draw upon suite of approximately twelve produced between 1979 and 1983. The pieces share the similarity of scale, material, and density of effect. Comments on this series describe it to be able to translate imaginary spatial models to an applied physical space. This publication will look into the four works included in this exhibition by Henry Saxe.