Decolonizing the Agnes:
in conversation with Emelie Chhangur 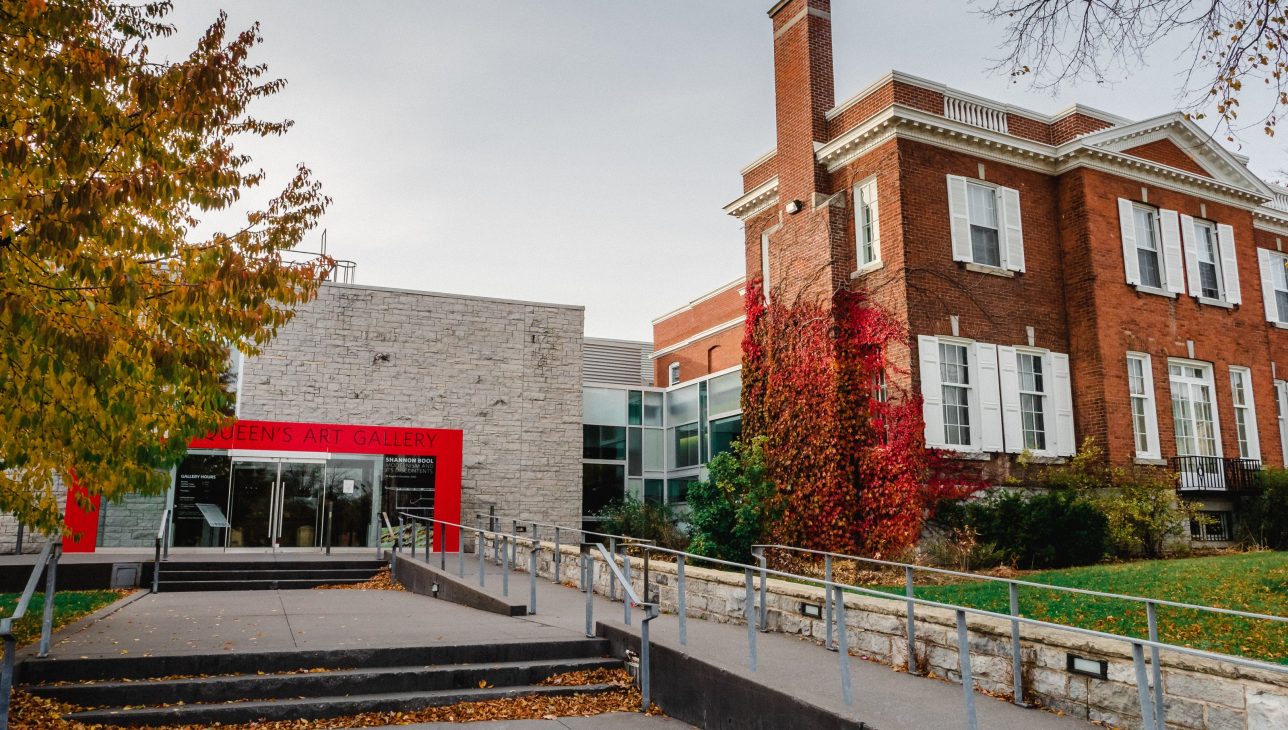 In October, Emelie Chhangur became the new director and curator of the Agnes after 17 years as curator at the Art Gallery of York (AGYU). In an interview with The Journal, she discussed how she’s committed to fostering diversity and inclusivity at Queen’s, reimagining the Art Centre’s approach to curation.

At the AGYU, Chhangur became known for “inreach,” a form of engaged institutional practice that brings different cultural protocols, social economies and ways of working into the art gallery to change it from within.

“I’m very interested in the intersection of the civic and pedagogical, and the beautiful thing about university galleries is that they serve a public mandate—that is, they serve a social and civic role—while at the same time they are embedded in the milieu of the university. So, they conduct vigorous research and they have pedagogical function,” she said.

For example, at York, Chhangur organized projects where international artists-in-residence could collaborate with local communities in Toronto to create projects the students themselves would work on.

“Everything was experiential education, public engagement and the curatorial all at the same time […] I’m very interested in different cultural protocols, different social economies, and ways of working [by] coming into the institution of art to transform it from within.”

Chhangur’s appointment follows a $40 million gift to the Agnes from Bader Philanthropies Inc., which will be used to expand and revitalize the historic art centre and create dedicated areas for Indigenous communities.

“What’s most exciting is that we don’t know what this new facility will enable for our institutional practices,” Chhangur said. “But for me, I’m very keen to amplify what the Agnes already does—in particular, its turn toward decolonization and Indigenization, and also to really interrogate its history in the present tense.”

“I’m very interested in thinking about history along a continuum and I’m quite interested, therefore, in the Etherington house and thinking of what it means to return that house to a home,” Chhangur said.

“Agnes Etherington donated her house to Queen’s University under the offices of furthering the cause of art in the community,” she added. “I’m quite interested to […] think about that as the heart of the new institution, as constituting ideas around hospitality, around generosity, and a place [where] artists live and work.”

Although the future of the Etherington house, attached to the art museum on University Avenue, isn’t known yet, Chhangur hopes it can become a space that can host residencies for professional artists.

While Chhangur is excited to be with the Agnes, she never expected to make the transition during a pandemic.

“It’s very interesting to pass through the pandemic portal and leave a position that I was in for 17 years in Toronto and emerge at another institution, in another role, in another city. It’s not an easy thing to move during COVID. I don’t recommend it.”

Yet, she sees the circumstances as an opportunity to test run the remote working atmosphere in preparation for when the Agnes temporarily closes for renovations.

“Working this way is very much a prototyping of potentially working without offices and without a space in the future. So, it’s both a challenge but also a proposition.”

Just as she did at the AGYU, Chhangur hopes to continue the project of decolonization and Indigenization at the Agnes not by enforcing Western museological traditions, but by creating contexts that ensure Indigenous communities have agency over their own aesthetic expression.

“An Indigenous worldview is not necessarily commensurable with a western art system,” she said. “The history of museums is a colonial enterprise […] ‘inreach’ for me was very much constituted through my now more than decade-long collaboration with the Mississaugas of the Credit First Nation.”

At Queen’s, Chhangur is working to build a relationship based on trust between the Agnes and the Anishinaabe and Haudenosaunee First Nations.

Go to The Journal >