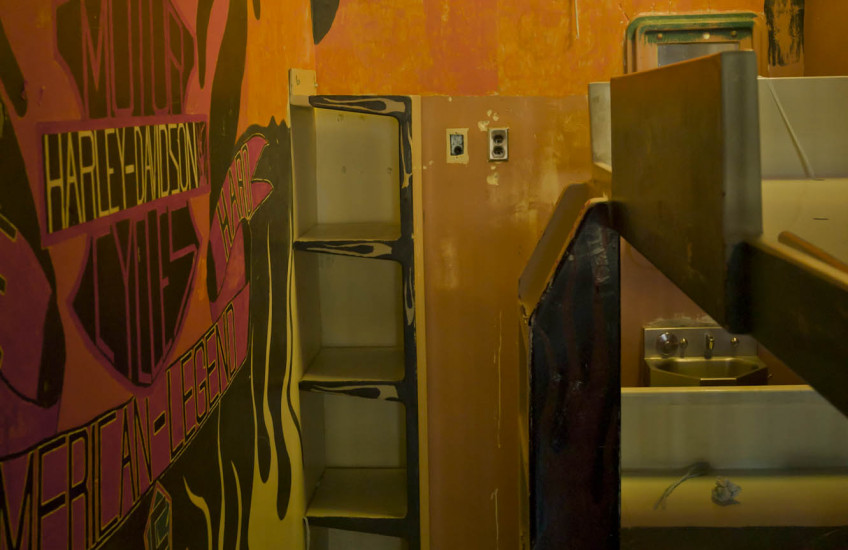 For decades, Kingston Penitentiary was a dumping ground for Canada’s most diabolical criminals. “A huge, huge warehouse of wasted lives,” to borrow the words of one former inmate. Clifford Olson. Paul Bernardo. Russell Williams. Michael Rafferty. Mohammad Shafia. Their notorious names are as synonymous with Kingston Pen as the thick limestone walls that kept them separated from the world.

That roll call of repugnant names was repeated, again and again, in April 2012, when the federal government announced KP’s imminent closure after nearly two centuries in operation. Anxious to chronicle the prison’s final days, multiple media outlets (Maclean’s included) asked Ottawa for permission to tour the facility before it shut down, to give Canadians a rare taste of daily life inside the country’s oldest, most infamous lockup. Every application was either ignored or refused—except one.

“They were flooded with requests, but I was told I was the only person who didn’t have an agenda,” says Geoffrey James, an award-winning landscape photographer based in Toronto. “I didn’t go in there thinking: ‘Oh, I’m going to photograph this person or that person.’ I was actually trying to photograph the life, the routine, the spaces—the feeling of the place.” Collaborating with Queen’s University, James’s pitch was simple enough: spend many hours over many weeks in the bowels of the compound, compiling a definitive historical record before it’s too late.

The resulting collection (Inside Kingston Penitentiary) is a haunting, all-access peek at the inner workings of a landmark so well known, yet so rarely seen. As promised, James did not obsess over the high-profile offenders forever linked to the property. Instead, his lens provides a stunning window into the entire rabbit warren that is Kingston Pen: The gorgeous architecture. The mind-numbing monotony. The constant tension. The endless pursuit of passing time.

Inevitably, though, it is the images linked to the penitentiary’s most unrepentant that are most compelling. No part of the prison was off-limits to James—including Lower H range, the “administrative segregation” wing where the worst of the worst served their time (for their own protection). Few outsiders had ever been allowed inside, let alone with a camera, and his photos provide the most candid glimpse yet of where the likes of Bernardo, Williams and Rafferty spent their solitary sentences. “These were people locked up 23 hours a day, the people the rest of the prisoners wanted to kill,” James says. “I can’t imagine it.” (One well-known inmate—former Toronto police officer Richard Wills, who bludgeoned his mistress to death—was famously transferred off the range after Bernardo and Williams reportedly complained about his all-night singing and horrific personal hygiene.)

The men of Lower H had already been moved to other facilities by the time James got inside in September 2013. But the photos are no less chilling, depicting an utterly unthinkable existence. Lining a single hallway, each segregation cell—just 2.3 sq. m—featured a wooden bunk, a small desk, a toilet and a mirror. “I’m six feet tall and I have a six-foot wingspan,” James says. “And I could easily touch both sides.” Mere bars weren’t secure enough; the entrance to each cell also featured a second door made of steel and Plexiglas.
In one Lower H cell, a prisoner had meticulously carved a giant middle finger into the wall. The unit’s tiny outdoor exercise yard was barely that: four high walls with a wire mesh overhead. “There are some nice people in this country who are in favour of the death penalty,” one prison librarian told James, when asked about Lower H. “But this is worse.”

It is difficult to disagree.