“When I arrived here five years ago, other than Four Directions Aboriginal Students’ Centre there was very little sense of Indigenous presence within the built environment of the campus” says Dylan Robinson, Canada Research Chair in Indigenous Arts at Queen’s University. “Not only do these works at Queen’s demonstrate the vibrancy of Indigenous contemporary art today; each work also calls for further action: to read/learn Indigenous language, to reconnect with kin, and to resound across the Anishinaabe and Haudenosaunee lands Queen’s is situated upon.”

The outdoor installations transform high-traffic public spaces on Queen’s University campus and brutalist 1970s architecture with bold Indigenous visual presence. “Soundings has been the most radical and ambitious artistic program I have witnessed in Kingston in the three years I have been here,” says Sydney Hart, media artist, cultural critic and PhD student in the Cultural Studies program at Queen’s University. “I feel fortunate to have attended so many of its events, and witnessed the new life that projects like these—thinking critically about Indigeneity and aesthetics—can breathe into Kingston.” The outdoor works have invited, provoked and supported discussion, performance and contemplation, often stopping pedestrians in their tracks. 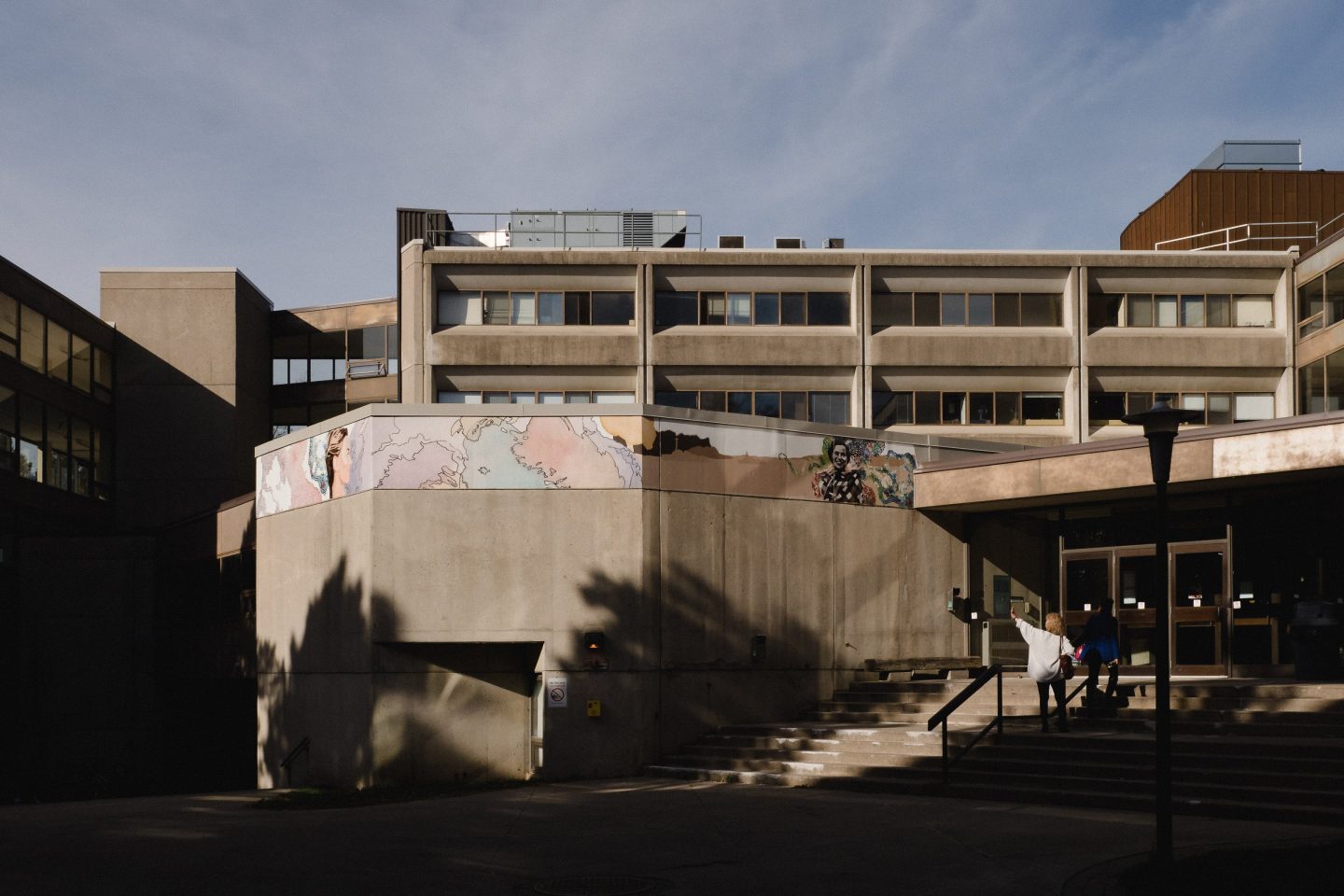 ABOUT THE OUTDOOR ART INSTALLATIONS AND ARTISTS:

Never Stuck is a direct response to a Facebook post by Niizhoosake Sherry Copenace: “As Anishinaabe we have been given our way of life to solve and get thru any situation. Anishinaabe is not ever stuck.” This profound articulation of Anishinaabeg resistance and adaptation is reflected in the repeated sturgeon imagery. Respected by Anishinaabe, the fish have suffered under colonial overfishing and damming, but are now returning to ancestral waters in greater numbers. Just as sturgeon persevere, the Anishinaabeg are never stuck.

Ogimaa Mikana is an artist collective founded by Anishinaabeg artists Susan Blight and Hayden King in January 2013. Through public art, site-specific intervention and social practice, they assert Anishinaabe self-determination on the land and in the public sphere.

Raven Chacon’s score, American Ledger (No.1), on Queen’s music building Harrison-LeCaine Hall incorporates a traditional musical score with Navajo iconography. It is intended to be performed by many players—musicians and non-musicians alike—with sustaining and percussive instruments, voices, coins, axe and wood, police whistles and a match. Raven Chacon’s audio-based works can be described as a combination of chamber music and experimental noise music, composed to resound and pulsate through your body.

Raven Chacon is a composer, performer and installation artist from Fort Defiance, Navajo Nation. As a solo artist, collaborator, or with Postcommodity, Chacon has exhibited or performed at Whitney Biennial, documenta 14, REDCAT, Musée d’art Contemporain de Montréal, San Francisco Electronic Music Festival, 18th Biennale of Sydney, and The Kennedy Center. He lives in Albuquerque, New Mexico, and Toronto, ON.

through, in between oceans disrupts concrete walls with colourful, abstracted representations of beadwork, land and water, which enfold and fill the spaces in between portraits of the artist and her paternal grandmother. This site-specific intervention asks how Indigenous peoples can make subtle gestures to recognize each other’s bodies, while navigating through often unsafe urban territories. These gestures aren’t always bold; they can be the everyday gestures of people looking for a part of themselves in what the artist calls the “spaces in between.”

Camille Georgeson-Usher is a Coast Salish/Sahtu Dene/Scottish scholar, artist and writer from Galiano Island, British Columbia, which is of the Pune’laxutth’ (Penelakut) Nation. She is currently a PhD student in Cultural Studies at Queen’s University. 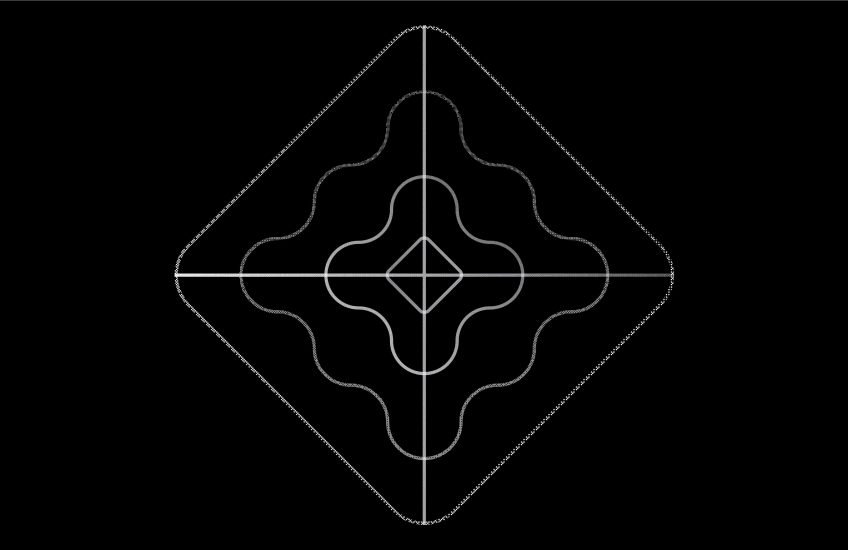 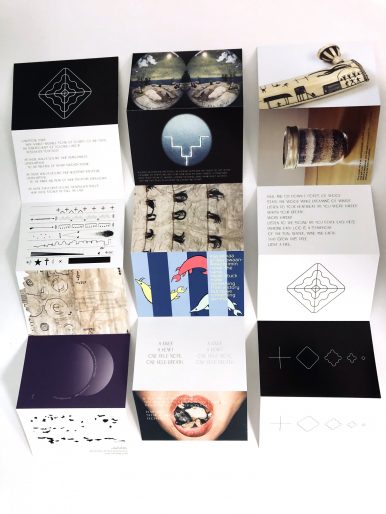