Lessons in culture from Kingston, The Isabel, et al:
A photo essay 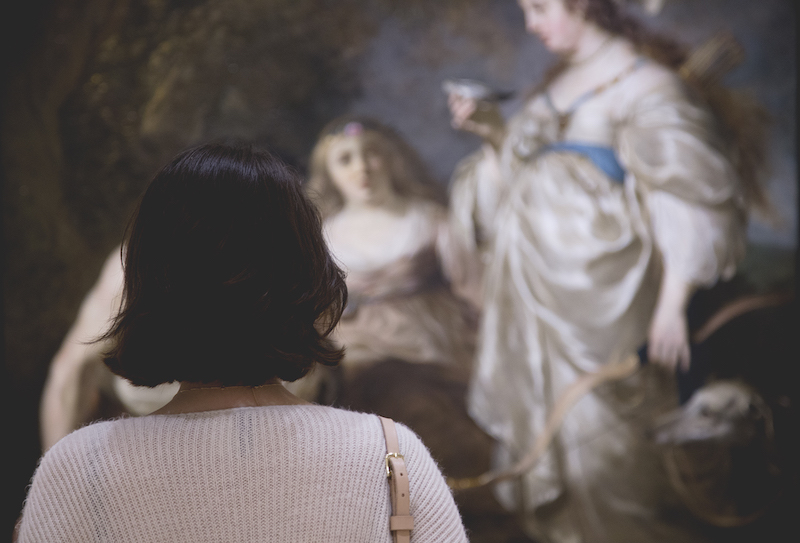 Upon entering The Isabel, in Kingston, Ontario, I was struck with the feeling that this may well be the most beautiful space I’ve ever been in. A space where utility and beauty collide, where the arts thrive, and where students and professionals alike find betterment. It’s a facility unlike any I’ve ever seen or visited and a facility that I believe ought to set the standard for creative education as well as creative performance nationwide. It is indeed a bold statement to make, but allow the photographs to aid in justifying its grandeur.

But first: What is The Isabel Bader Centre for the Performing Arts?

In brief, it’s a multi-disciplinary facility for Queen’s University students, as well as a hub and venue for musicians, artists, performers, and the like. It’s a space that allows both the creation/production of art and its exhibition.

Seamlessly marrying the old architecture of a brewery to contemporary design, The Isabel’s composition is as compelling as theSymphony heard rehearsing in the Hall. This was a task appointed to, and executed by, Norwegian architecture firm, Snøhetta, and Ottawa-based architecture firm, N45. Together they designed a facility for media students, theatre students, music students, and film students, as well as a performance venue, in a compact space, with very large historical structures smack dab in the middle of where they had to break ground.

The Isabel’s director, Tricia Baldwin, repeatedly used the term “21st century education.” Despite being of an earlier generation than ours (us millennials are a complicated and demanding breed), Baldwin is very much in tune with the obstacles that artists (be it filmmakers, theatre performers, etc) face today. Of course, there are economical struggles when trying to attain a state of the art education in say, music, but there’s also the lack of direction. What are we to do once we graduate from a BFA, for instance? Tricia believes that the future of a profound and useful arts education is to de-institutionalize it and to introduce students to the entrepreneurial ins and outs that artists today must conquer in order to make a living. This woman is the kind of woman I wish I had as a mentor when I was struggling in film school at Concordia ten years ago.  Or, when I wanted to, say, start my own arts & culture magazine. Tricia believes that students need to leave Queen’s University with practical skills that are up-to-date with state of the art technology in their field of study. Each classroom, for instance, is technologically designed for multi-use and multi-study. All of the desks have access to power, and are on wheels to accommodate any kind of seating arrangement required. There are video editing rooms equipped with iMacs and rooms for sound recording with recording software and hardware that Rolf Klausener gravelled at for ages (while the majority of us had no idea what we were looking at). The facilities are indeed designed and built for students seeking a “21st century education.”

We ate lunch in a room that mimicked something right out of Kubrick’s 2001: A Space Odyssey, and roamed the halls a bit, with Tricia as our guide. Even the hallways were interesting in both design and utility. The hallways from the storey above, double as balconies overhead. Everything in the Isabel is so carefully placed, so thoughtfully designed, and so very significant-looking.

Next, we visited the Tett Centre for Creativity and Learning which resides just left of the Isabel. We visited the space on opening weekend, so crowds were plentiful and the centre was animated, to say the least. It is, similar to the nature of its neighbour, the Isabel, a multi-purpose space whose design and architecture integrates the old brewery and distillery with new modern elements. Home to eight arts organizations as well as numerous individual artists, the Tett is a maker space through and through. Artists renting studio space in the Tett are offered below-market value rent in exchange for a commitment to teaching and engaging the arts community in Kingston. These community engagement hours ensures the exchange of knowledge between professional artists and art students on a more accessible and broader scale, as well as facilitates the basic yet profound value in the art of art-making. Organizations involved in the space range from a musical instrument lending library, to silversmiths, and potters. Of course, there are spaces for performances and events, too.

We continued our lesson in culture over at the Agnes Etherington Art Centre at Queen’s where we met with Jan Allen, Director. The Agnes, in tangible form, reiterates the marriage between new & old that the Isabel and the Tett previously displayed. Preserving the old while reinventing a space seems to be a very prominent theme in Kingston. But anyhow, a little bit about the Agnes.

The Agnes is an incredibly unique gallery in the sense that it exhibits contemporary art as well as (and this part is almost unbelievable considering this is a university and public gallery) pieces from Rembrandt and his school. Nearly 200 pieces from the Dutch Golden Age (1600s) reside kiddy-corner to contemporary artist, Charles Stankievech’s new works. It’s a gallery made of any art history major’s dreams, and tailored to anyone looking for a very well-rounded education in art curation.

Perhaps the most heartbreaking thing for us Ottawans to digest over the course of our weekend was how much we wish our own city had preserved its historical architecture, instead of replacing it with brutalist design. Many artists and organizations are starving for affordable space here in town, but are also privy to the green-eyed monster, jealous of cities such as Montreal, where old garment factories are now home to several photography studios and the like. With a lack of urban decay, Ottawa is very limited in its ability to marry the old with the new, and to provide affordable space.

Kingston’s the Isabel, the Tett, and the Agnes, all have something to teach us and are each world class facilities in their own respects. Our city, our nation’s capital, ought to take a page out of the book of Kingston.